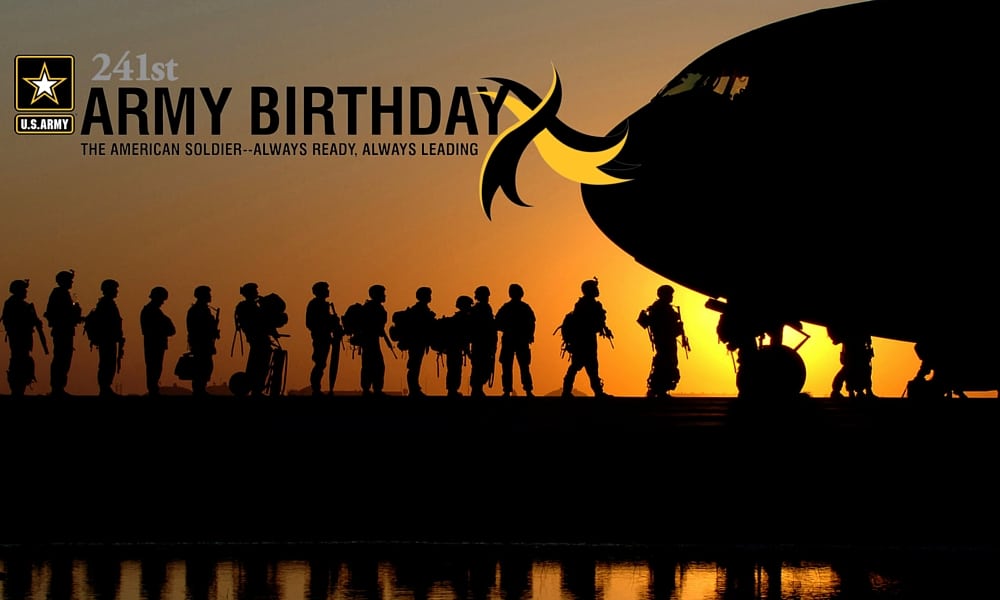 On June 14, 241 years ago, the United States Army was formed when the Continental Army was established. And with that, we would like to wish the US Army a wonderful Happy Birthday, 241 never looked better!

To celebrate the Army’s birthday, here is a little bit of history and a few amazing photos showing just how great being old looks.

The US Army was formed on June 14, 1777 after the leaders of our nation at the time established the Continental Army. “Under the new Constitution enacted in 1789, it became a military department of the federal government, a hierarchical bureaucratic institution.” Over the next several decades, generations of Army leaders transformed the Army into the great body that it is today.

As stated by the official website of the US Army:

“The first cohort professionalized by today’s standards was the officer corps. It developed a codified body of expert military knowledge in land warfare doctrine, instituted formal programs of career-long military education, and cultivated a unique military culture grounded in the Army ethic of honorable service to the nation. Because of these and other such advancements listed above, bonds of trust between the Army and the American people began to grow.

“For many years, some believed that only officers were professionals. But in the aftermath of the Vietnam War, while rebuilding the hollow Army of the 1970s, such status was extended through professional development to warrant officers, non-commissioned officers, and Army civilians as their vital contributions and value to the profession gained recognition.”

For more information about the US Army, please visit www.Army.mil.

To learn about how you can help veterans and active military personnel, please visit the Homes for Heroes® Foundation at www.HomesForHeroesFoundation.org.