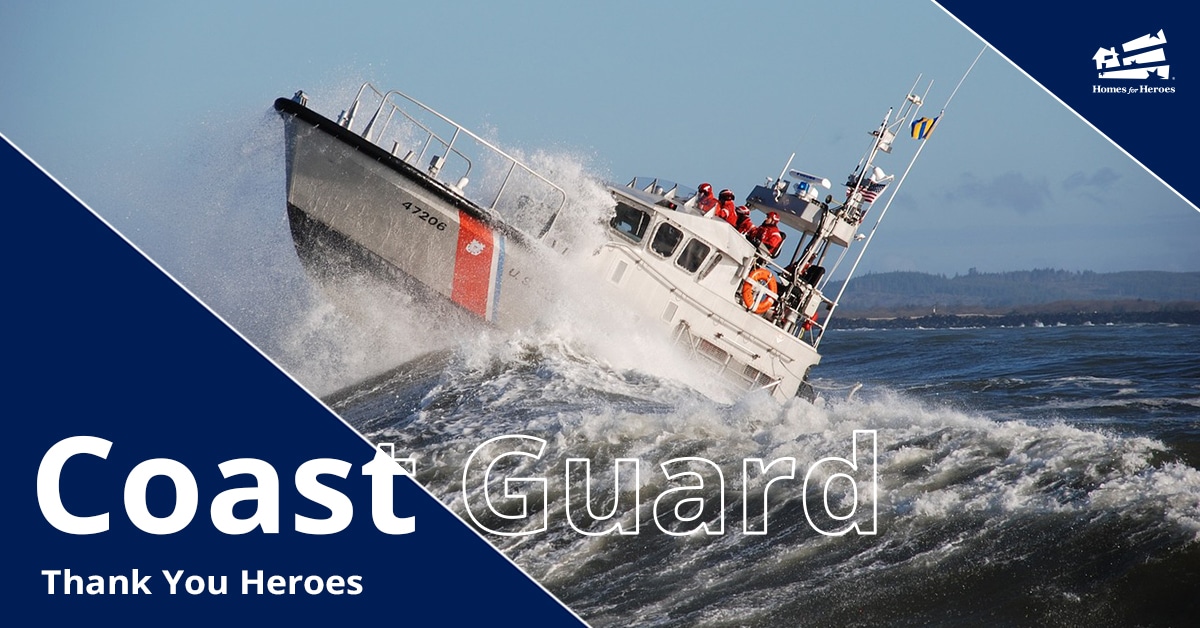 Military Appreciation Month occurs in May each year, and we want to take this time to honor the United States Coast Guard. Thank you for your service and all that you do to keep us safe.

The Coast Guard is a U.S. federal agency responsible for the maritime safety, security, and environmental stewardship in U.S. waterways and ports. The Coast Guard defends and protects more than 100,000 miles along U.S. coastlines as well as inland waterways. U.S. Coast Guards also provide humanitarian aid to people in distress. This can include those who have experienced human-made and natural disasters both onshore and off.

In addition to helping others, the Coast Guard works with the intelligence community to enforce laws in regards to maritime transportation, bridge administration, hazardous materials shipping, vessel construction and operation, as well as pilotage and oil spill response.

Senator John McCain submitted legislation in 1999 asking for May to be officially known as Military Appreciation Month. The Senate and House of Representative then put forth resolutions as well. May was to be a time for Americans to honor our U.S. military. The President of the United States also issues a proclamation asking citizens to honor this special month of heroes. 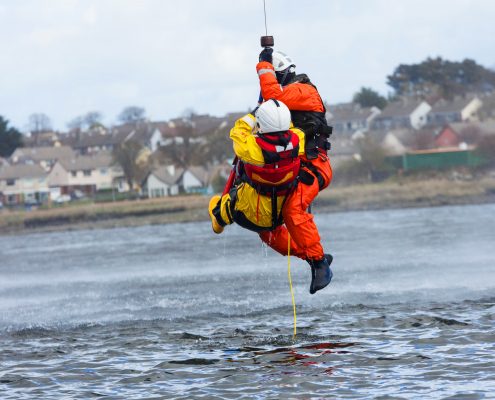 The Coast Guard provides maritime law enforcement, homeland security, patrol, environmental protection, search and rescue, and the maintenance of our rivers, as well as offshore aid to navigation. Carrying out three significant roles, Coast Guardsmen are in charge of maritime safety, maritime security, and marine stewardship. They run ICE operations and fisheries law enforcement. They also are responsible for defense readiness, migrant interdiction, drug interdiction, and search and rescue. Between all of that, they are also providing security to our ports, coasts, and waterways.

The National Response Center, operated by the Coast Guard, deal with all reports of oil, chemical, biological, and radiological spills into the environment belonging to the United States.

How Does the Coast Guard Operate?

The Coast Guard is broken up into districts, and each district is responsible for Coast Guard Activities in specific areas along the coastline.

For example, on the Atlantic coast, the 1st district controls activities from Maine to southern-most New Jersey. Their headquarters are in Boston, Massachusetts. District 5 is in charge of the coast from South Carolina up to New Jersey. District 7 is responsible for all Coast Guard Activities in the areas of Florida, Puerto Rico, Georgia, South Carolina and 34 foreign nations and territories, a total of 1.7 million square miles of ocean. 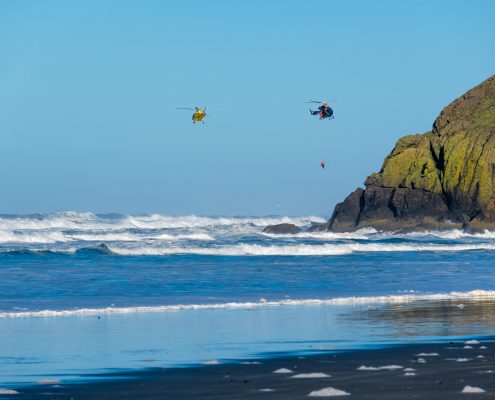 The U.S. Coast Guard Academy educates leaders of the Coast Guard. While enrolled, they develop the skills it takes to lead. Once they graduate from the academy, Commissioned Officers then lead teams of men and women all while being called on to serve their fellow citizens, community, and country.

Coast Guard Reserves work side by side with full time enlisted Guardsmen. Reserves work two days a month as well as two weeks a year to maintain their training. They also receive training in different fields including mechanics, communications, or computer processing. Not only do they work a full-time job at home, but then they add a part-time reserve position on top of it, all because they want to help others. 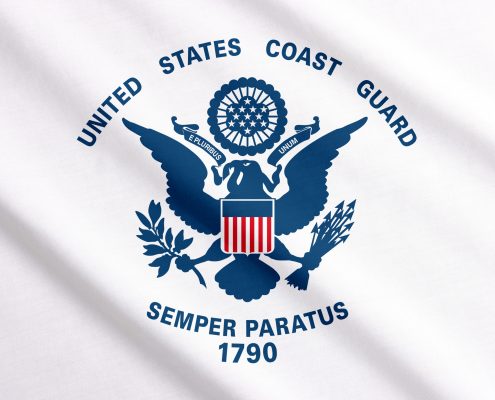 The U.S. Coast Guard was the creation of the Department of Treasury on August 4, 1790. Alexander Hamilton asked Congress to fund the production of ten cutters, which are medium-sized sailing vessels. At that time, the cutters were the only naval force we had as a country. They took on extra duties such as fighting against piracy, rescuing ships in distress, moving government officials, and sometimes even carrying mail.

Today’s Coast Guard was officially created in 1915, combing the Revenue Cutter Service and the U.S. Life-Saving Service. In 1939, the Coast Guard took over the Lighthouse Service, and in 1942, the Bureau of Marine Inspection and Navigation. In 1967, the Coast Guard moved under the direction of the U.S. Department of Transportation. Then, in 2003, they moved to the Department of Homeland Security after the terrorist attacks of September 11, 2001.

If you live near a waterway and have had help from a Guardsmen before, let them know that you appreciate their service. If you know of a Coast Guard station near you, bring them a gift basket or a handful of thank you notes. Or, you can ask local schools to have kids write thank you cards to the Coast Guard.

You choose to join the Coast Guard because you want to help others. You enlist knowing that it will be hard, that you’ll save as well as lose lives, and that makes you even more determined to make a difference. The United States Coast Guard is an essential part of the United States Armed Forces, and we at Homes for Heroes want to say, “Thank you for your service.”