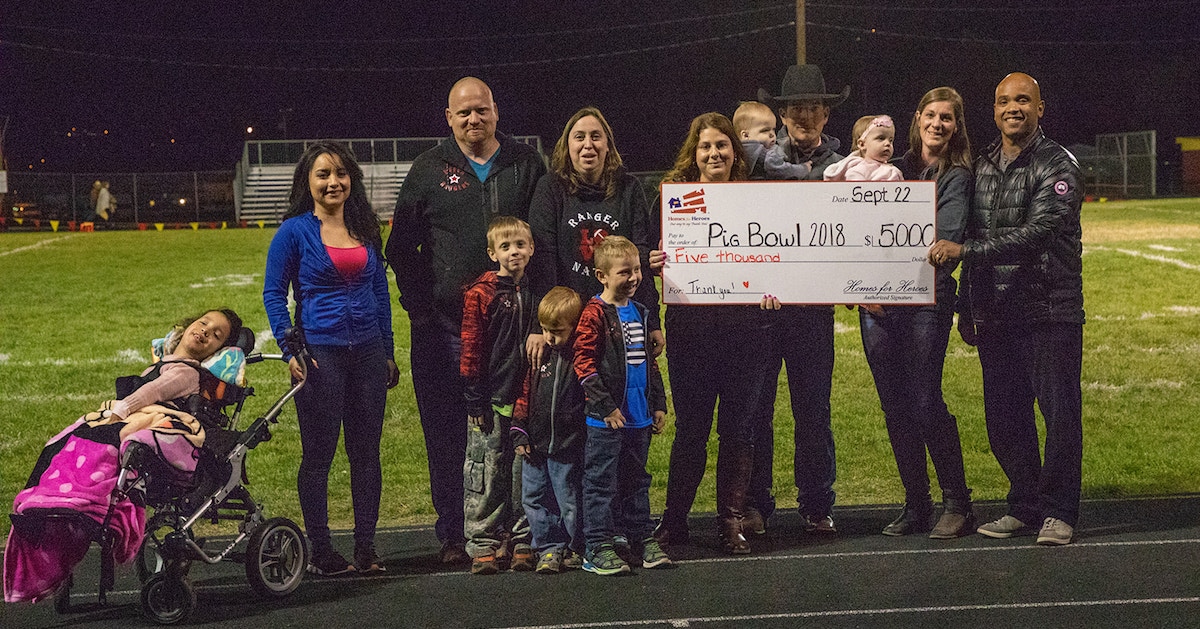 The mid Columbia Pig Bowl, located in Dalles Oregon, is an annual fundraising football game between Washington and Oregon law enforcement members that brings the mid Columbia community together to raise money for local families that need some assistance. On September 22, 2018 the Homes for Heroes Foundation, along with local Homes for Heroes real estate specialist, Heather Wright, and mortgage specialist, Eric Green, provided the Dalles, Oregon Pig Bowl a $5,000 foundation grant to help support the Gibson and Pishion hero families.

The $5,000 grant was split between two families. Holly Gibson, is a teacher for the Dufur school district, and parent of twins Jase and Violet, along with husband Brian Gibson. The portion of the Homes for Heroes Foundation grant that the Gibson family received will help with the needs of their son, Jase. Jerry Pishion, who is employed by the Dufur school district, is also a volunteer firefighter for the Dufur fire department. Along with this wife, Sonya, they have three children named Asher, Noah and Elijah, and the foundation grant will assist the family with their son, Elijah.

At half time, Homes for Heroes specialists Heather Wright and Eric Green, presented the $5,000 grant to the Gibson and Pishion families.

The second half of football boiled down to the final seconds, and believe it or not, Elijah Pishion decided the final score when he scored the final touchdown AND two-point conversion to tie the game! It was only the second time in mid Columbia Pig Bowl history that the game ended in a tie. And, of course, Elijah was carried off the field in celebration, and congratulated by his big brother Noah with a hug.

The mission of the mid Columbia Pig Bowl is simple, and that’s to rally the community together to provide financial and moral support for an individual or family that has been directly affected by illness, disease, injury or tragedy in the mid Columbia Area.