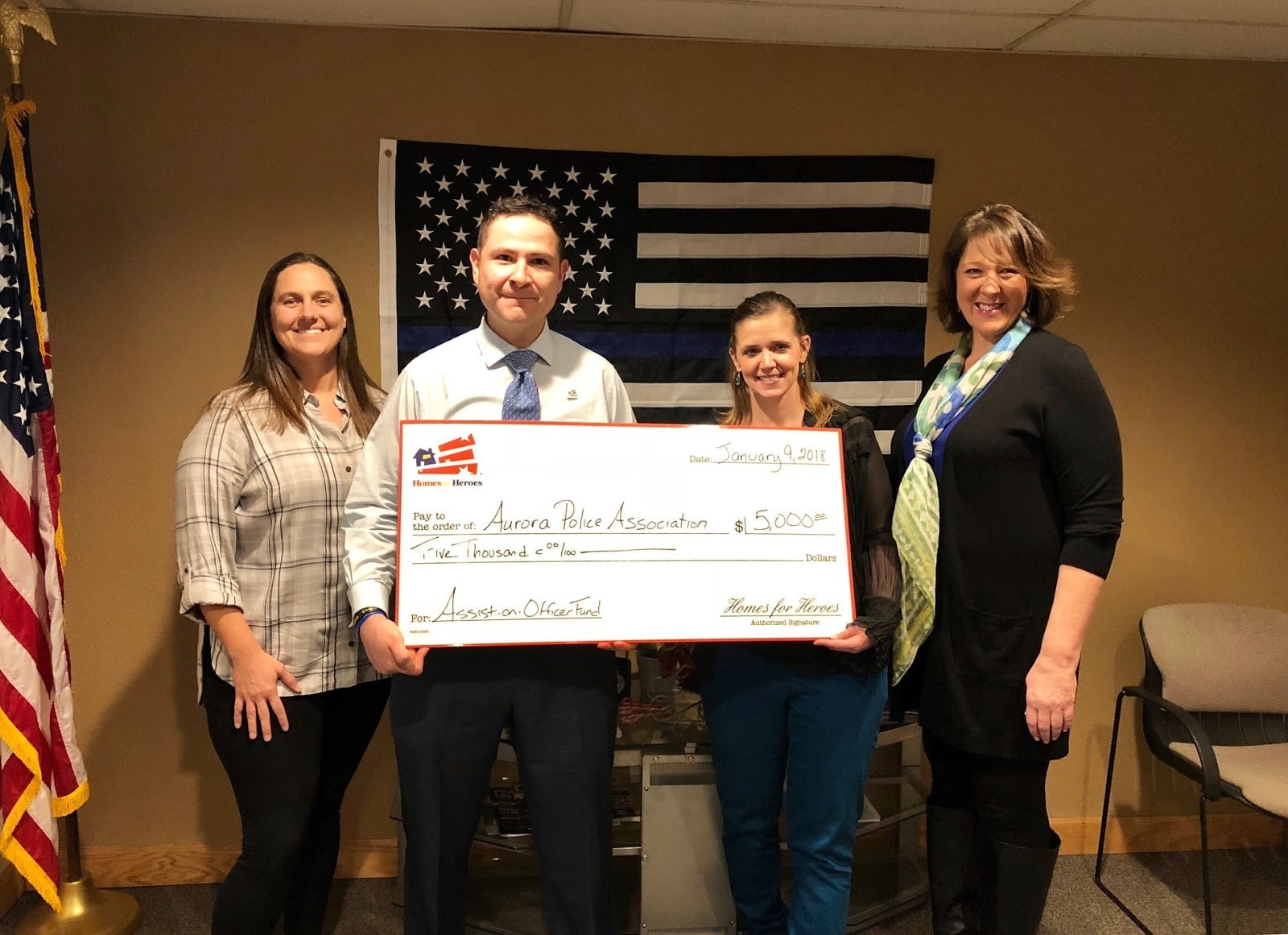 Homes for Heroes Affiliates in lending and real estate work with Heroes in finding the right home loan, and the right home. To learn more about our specialists in your area, click here.

How Grants Are Awarded

At Homes for Heroes, we believe in thinking nationally and acting locally. The Homes for Heroes grant is awarded to local nonprofits serving our heroes in need. The foundation supports law enforcement, teachers, military and healthcare workers, and firefighters. Nonprofits are nominated by Homes for Heroes affiliates and employees.

The Homes for Heroes Foundation recognizes the incredible service that the Aurora Police Association has carried out in the city of Aurora, Colorado.

If you would like to make a donation to the Homes for Heroes Foundation and help heroes in dire need – you can do so here.

The Aurora Police Association Charitable Foundation hosts events in the community of Aurora such as the “Shop with a Cop” event. “Shop with a Cop” was designed to partner Aurora Police Department police officers and public safety employees with disadvantaged children in the community to give them a fun afternoon shopping with one of the many heroes that are patrolling the streets every day.

The Assist Officers and Their Families Fund, part of the Aurora Police Association Charitable Foundation, is designed to help injured and fallen officers and their families. The APACF provides support with medical bills to officers injured in the line of duty.

It is with the utmost respect and honor that the Homes for Heroes Foundation presents the Hero Reward grant to the Aurora Police Association Charitable Foundation.

The Aurora Police Department, established in 1907, has a long history of service to the city of Aurora, Colorado. Each day the dedicated police officers take to the streets to patrol, provide help and service, and enforce the law, all to keep the citizens of Aurora safe. Each officer takes their safety and lives into their own hands every day. 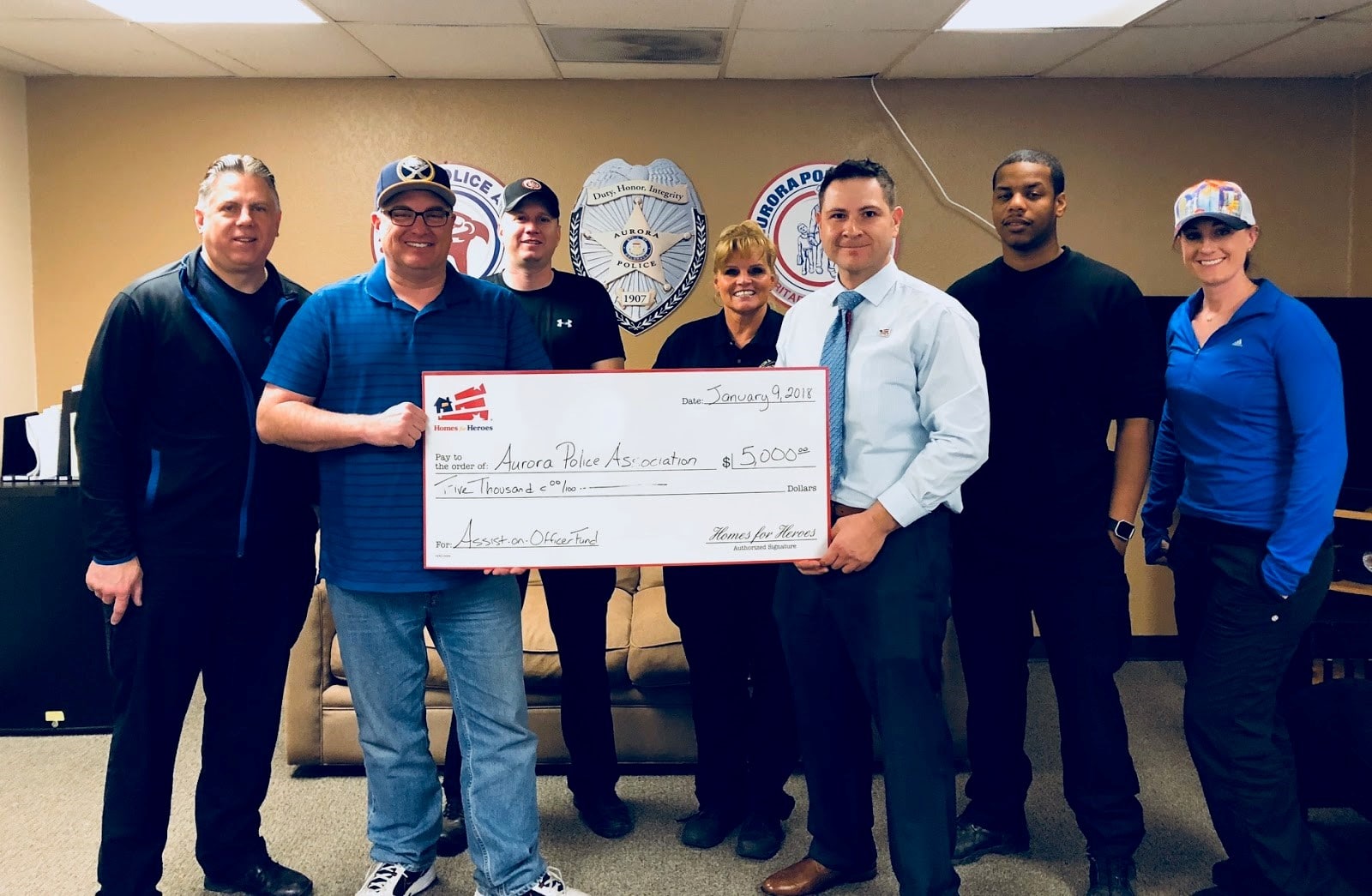 Since the shooting, the Aurora Police Department has worked incredibly hard to make the streets safe and provide a feeling of safety and security for the residents of Aurora. Once known only as a suburb of Denver, and then the setting of a national tragedy, the City of Aurora is now known for its outstanding police department.

The Aurora Police Department is committed to working with neighborhood groups, members of the business community, non-profit organizations like Aurora Police Association Charitable Foundation, and with individuals to help make Aurora a safe city to work, play, and live.