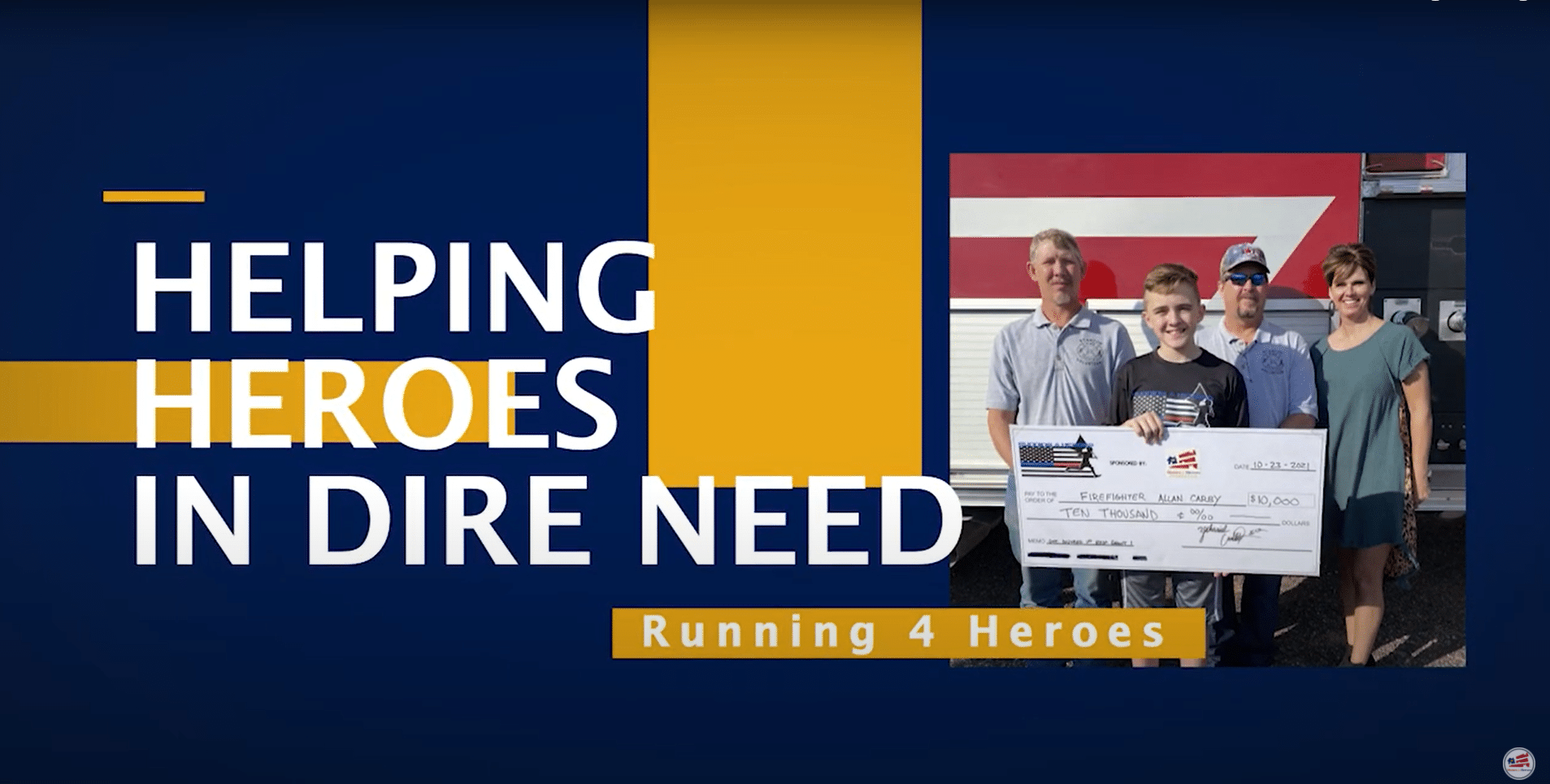 The Homes for Heroes Foundation is proud to announce the presentation of a grant to Running 4 Heroes for $10,000. Running 4 Heroes mission is to honor fallen first responders across the country who have lost their lives in the line of duty.

Zechariah Cartledge is the young founder of the non-profit. As an avid runner, Cartledge ran a 5k race for the Tunnel 2 Towers organization. During the race, he saw first responders running in all their heavy gear. This sparked his interest in the sacrifices first responders make every day.

We had the honor of talking with Zechariah, along with Homes for Heroes own Hero Outreach Coordinator Jay Flynn, who nominated Running 4 Heroes for this grant.

At the time of the interview, Cartledge has ran a staggering 1,025 miles in just under two years. But while that might sound like an accomplishment, it’s really more than miles to Zechariah. Each mile represents a fallen first responder, a life lost.

“While it seems impressive, at the same time, the reason for the run is always not the best. But the reason we do the run is to help out the families. So when I think of the mile count, I think of how I’ve honored and supported and given comfort to over 1,025 families.”

Cartledge now runs for not only United States police and firefighter first responders, but also for fallen Canadian responders as well. Running 4 Heroes has also expanded their impact by granting safety equipment for current active K9’s.

The grant from the Homes for Heroes Foundation helped support an injured firefighter in Martin County, Texas. Firefighter Allan Carby was was severely injured when the fire apparatus he was in was involved in an accident while responding to a call. Mr. Carby sustained life-threatening injuries, but his condition has been improving and he hopes to return to work soon.

Homes for Heroes affiliate real estate agent Leslie Mealem was able to attend the grant presentation at the Martin County Volunteer Fire Station on October 23, 2021. Along with Zechariah and others from Running 4 Heroes, $10,000 was presented to firefighter Carby. 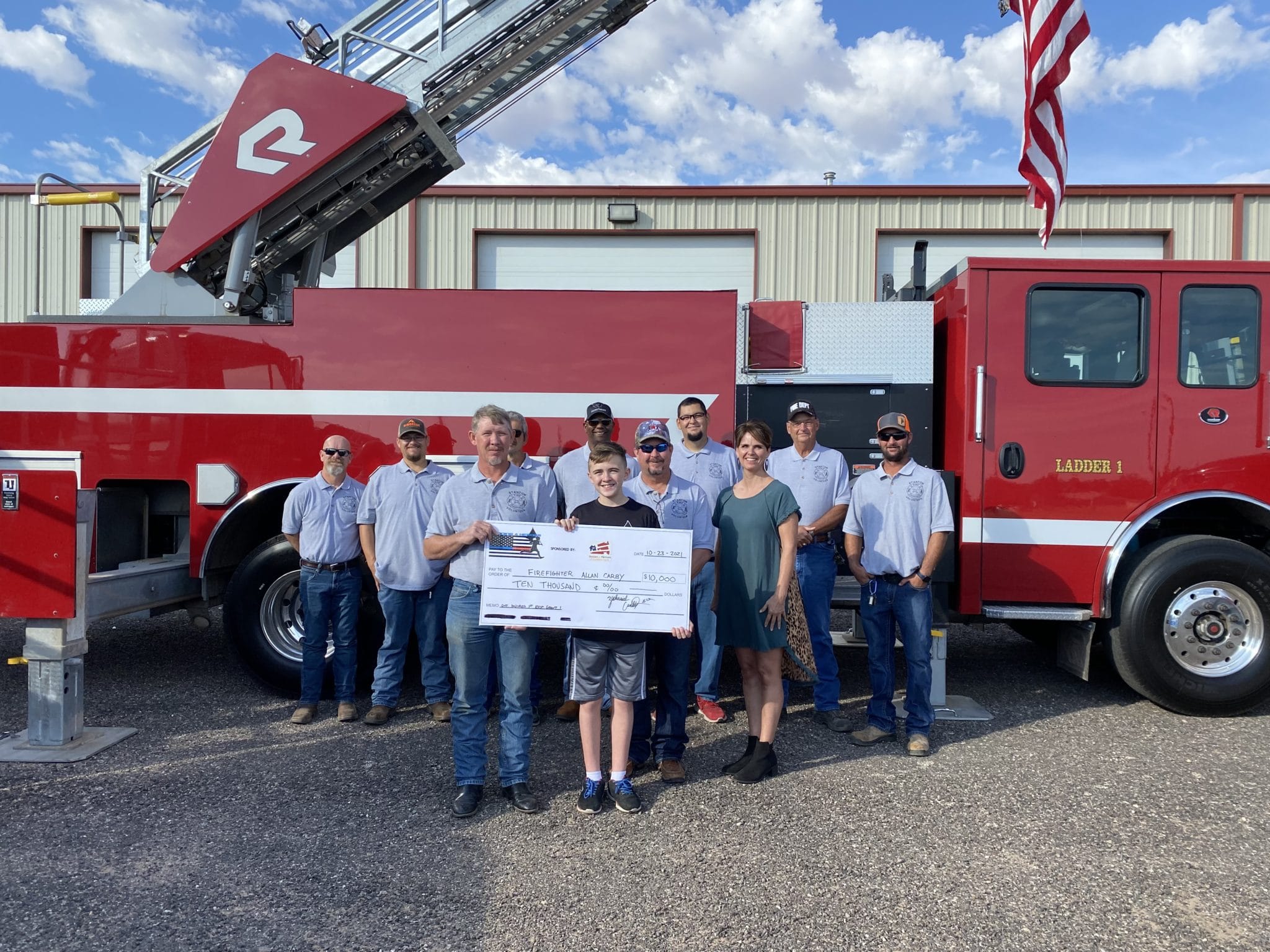 Zechariah Cartledge presents a grant to injured firefighter Allan Carby of the Martin County
volunteer fire department in Martin County, TX on October 23, 2021. Homes for Heroes real estate
affiliate Leslie Mealem was able to be present at the presentation on behalf of the Homes for Heroes Foundation.