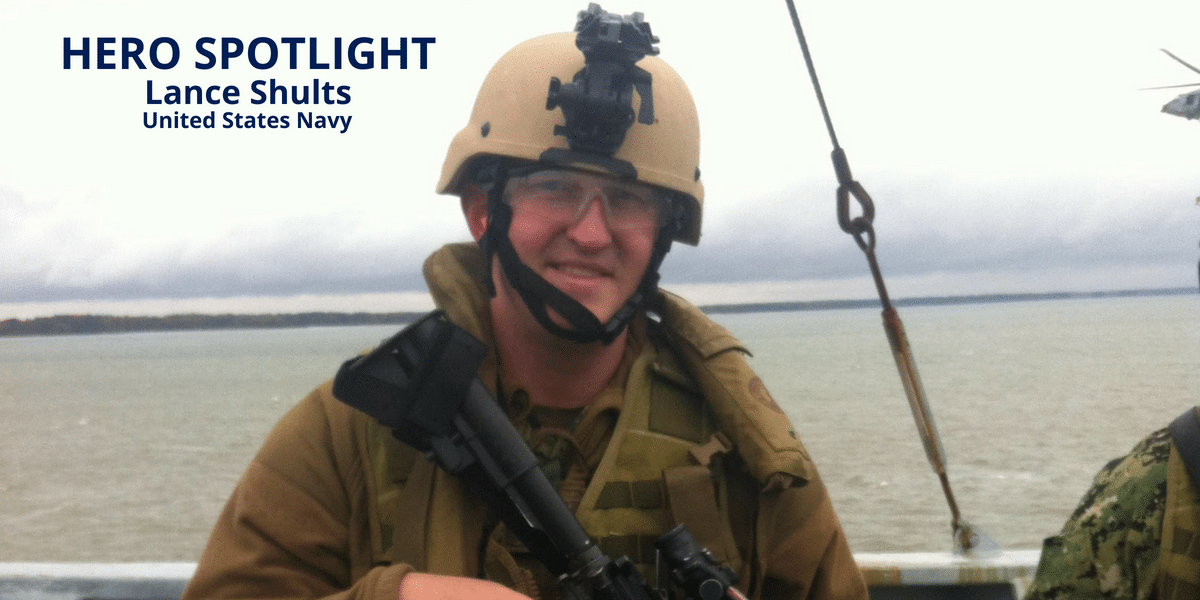 For Lance Shults, joining the military was not always a part of the plan, but family was. So, when life knocked him off course and into joining the United States Navy, it just so happened to lead him to what he values most in life, family. This is Lance’s story of his journey as a Sailor, son, husband and father.

“I was given the choice, you can go to war, or you can go to college. My family was pushing me to go to college. I went to college and graduated from the University of North Texas in 2008. In 2009 the economy took a crap on itself, and I couldn’t find a job to save my life. So, my mom said,

‘Well if you can’t find a job, why don’t you go in to the military?’ What other options do you have?’

I told her I would go talk to a recruiter.

She told me, ‘Well if you go anywhere, go to the Navy. Your grandfather was in the Navy.’

Before I ever joined the military, I thought I was going to be a father of two at least by the time I was 25. I woke up at 25, and I was in a Navy boot camp. I was a lot older than the other guys. I couldn’t help but say to myself, ‘Where has my life taken me.”

Back-to-Back Sea on a Floating Cage

“For the past eight years, my job has been anti-terrorism, force protection and law enforcement, but mainly anti-terrorism. In Bahrain, our job was to provide protection in the Middle East. We had to deal with pirates, Iranians, and terrorists. You name it, we had to deal with it. If any dignitary or ship itself needed protection, coming through the 5th Fleet, which is the Middle East, we would provide that protection. While deployed on the USS Ronald Reagan, things were a bit different. Imagine you take the youngest group of people and put them on a floating cage. And that’s what you have on a carrier. You have a lot of younger people and any kind of criminal case can come up. Most of these people have never left their families, left their homes and now they are on a carrier and deploying every single year, and there is about 5,000 of them. So, it’s a small city and I was in charge of maintaining order.

Through my service, I decided to go back-to-back sea. Basically, stay deploying because it was going to benefit my career and my family’s finances. It was stressful and probably the most challenging thing I have ever done. On average, I would see my family maybe 20 days a year, if I was lucky. And there was even an entire year when I didn’t see them at all because of what was going on at the time. 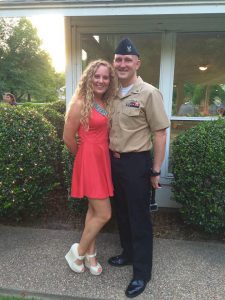 When we deployed, we didn’t have internet, we didn’t have video chat like everybody else would have. We only had one email address for the entire ship. So, if my wife sent me an email, she would have to put in the title, my first and last name, but that did not guarantee anybody would not read it.

I look back on it, I was always stressed out, but I didn’t really know why. Now I understand why, it’s hard for people to be away from their families for so long. It’s not really recommended in the Navy. I only did it because it was good for my career. And I was sacrificing my family for my career at the time. On the USS Ronald Reagan off the coast of Japan, I got to see my family a little more than. But we would deploy every single year, non-stop. Unlike most carriers that would deploy once a year for nine months, then they’ll be back in the yards for 3 or 4 years. But with the USS Ronald Reagan, we would deploy every year non-stop. There was the continuous patrol.”

Although back-to-back sea deployment in the Navy was difficult, there are many fond memories that Lance will hold on to for the rest of his life. Such as the fellow Sailors that he gained as brothers and sisters. But especially the new addition to his family in his first-born child.

“I feel like I have more than just one family. I have my family in my wife and my daughter. And I also have my Navy family. The Navy is a great organization. They are in the business of Sailors. They are also in the business of each other. The Navy look after each other. If anything was happening or ever wrong and you needed to talk to someone, there was always someone there to talk to.”

Although Lance could share many stories that support this statement, no other story stands out like the one when his daughter was born.

“Me and my wife were going to try and plan on having our daughter around my deployment. But of course, like anything in the natural world, it doesn’t always go according to plan. So, we were trying to get pregnant right around the time I deployed, so I would be back in time to see the birth of my daughter. That did not work out. She got pregnant extremely quickly, for others, looking into IVF and IVF loans is the way to go, however, for us, she was going to give birth while we were still out at sea. It’s unheard of, especially on the 7th Fleet, it is extremely rare for anyone to be flown off for any reason other than if they’re facing death. But my command bent over backward to help me out. They flew me off of the ship, off of my deployment to go see the birth of my daughter. That kind of cemented it for me…like this is the real Navy. These guys are really looking out for me and they’re really taking care of me.” 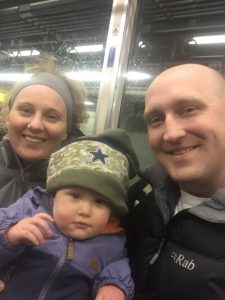 On April 10th, 2018, Lance returned from his last deployment. He will continue his service with the Navy in a new position and focus on spending more time with his family as they settle into a new home stateside.

“I got nominated to become a detailer, which is like a community manager, someone who tells someone where they’re going to go in their Navy career. I went through the interview and screening process, and then I got awarded the position. And that’s when I started the whole looking for housing. Originally, I was going to rent, but then my command and all my mentors told me,

‘Not to rent, that it’s stupid. You’re just taking the money the military gives you and throwing it down the toilet.’

So, I was a definitely looking at purchasing a home, and I wanted to find something that could benefit me, someone that could really work with me and my unique situation. And that is when I got hooked up with Faye and Jim Jones with Homes for Heroes.

The Homes for Heroes Experience

“It was probably the smoothest home purchase anyone could ever have imagined, considering the fact that we did what is called a site unseen. We purchased the home while we were still in Japan.

There was a 13-hour difference, so we were constantly staying up at night, Faye and Jim would stay up till 9, 10 o’clock at night for us. We would go through video tours or a FaceTime video chat looking at different houses. Long story short, there was a house that wasn’t on the market yet. Faye messaged me and said,

‘I need to talk to you as soon as possible. There is a house that is going on the market tomorrow, but I am headed that way right now. Do you want to take a look at it?’

We really lucked out because the house wasn’t even on the market, and they allowed us to bid on it and close on it within about two months.

We have almost an acre. I love the fact that we have a yard. The house is only four years old, so it’s still pretty much a brand-new house. The money the we received back through buying our house with Homes for Heroes, we are putting it back into the house. We are putting on some gutters.

Jim and Faye were awesome, and Wendy Thompson was hands down the best lender. I’ve recommended Wendy, as well as Jim and Faye three dozen times to different people because of how smooth the transition was. Jim, Faye and Wendy were hands-down the best. I can’t say enough about it. They helped us out a lot.

And Homes for Heroes is a really good program. A good way to get some money back in your pocket for sure. Overall, it was a really good experience because I felt like everyone was on my team trying to help me out, as much as possible.”

Looking to The Future

Now that the family is back stateside, with a new position in the Navy, Lance and his wife can focus on spending more time with each other and planning for their daughter’s future.

“I re-enlisted recently, just so I could give my daughter my G.I. Bill. No matter what happens down the road, if my daughter has a free education, she can decide whether she wants to go in the military or not. She won’t feel forced into one path or the other. That is the only thing I really wanted for her, I wanted her to be able to make that decision. There is a lot of people that don’t get that decision. She can decide to go to the West Pointe Naval Academy, she can enlist if she wants, or she can pursue a college degree because her school is already paid for.”

We wish the Shults family all the best in the future endeavors as they settle down in their new home. Thank you for entrusting us to be a part of such a big step in your journey home. And thank you for your service!