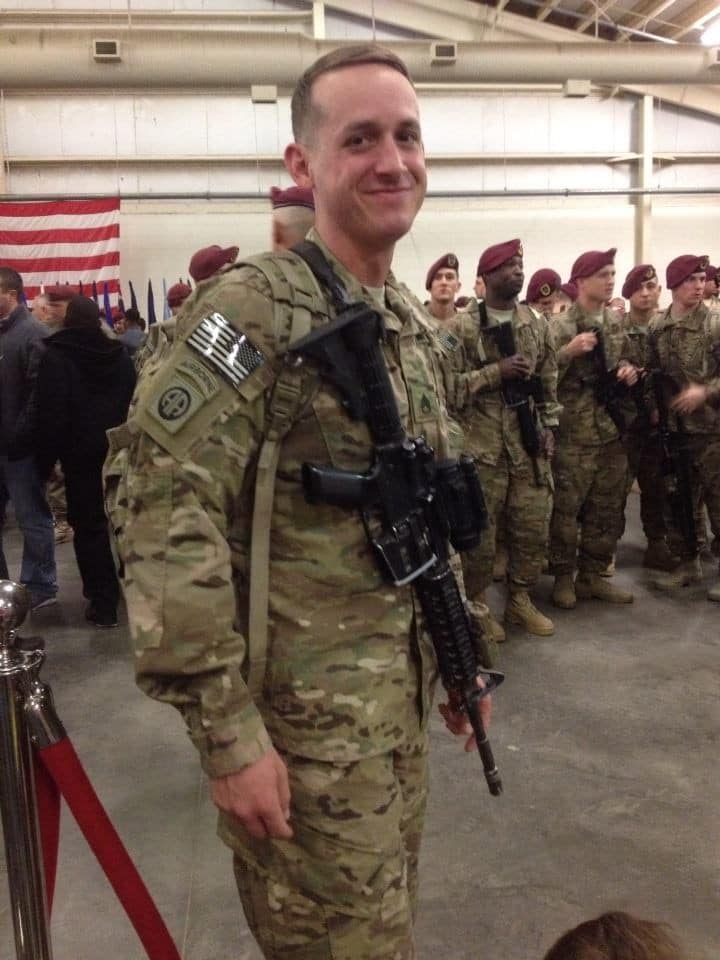 Staff Sergeant Nicholas T. Molina is a combat medic and has been in the Army on active duty for over 14 years. SSG Molina is currently stationed at Ft. Benning and is the NCOIC (Non-commissioned officer in charge) of the reception clinic. There, he helps new soldiers begin their first steps in the Army, making sure they receive the proper vaccines and are ready for basic training.

Before arriving at Ft. Benning in July of 2017, SSG Molina proudly served for 12 years in the 82nd Airborne Division at Ft. Bragg, NC. He worked alongside some of the worlds best and most highly trained men and women in uniform. Among his many awards, he is most proud of his Combat Medical Badge, which he earned while in Iraq in 2007. SSG Molina has served tours of duty in Iraq, Afghanistan, and Haiti in response to the catastrophic earthquake in January of 2010. 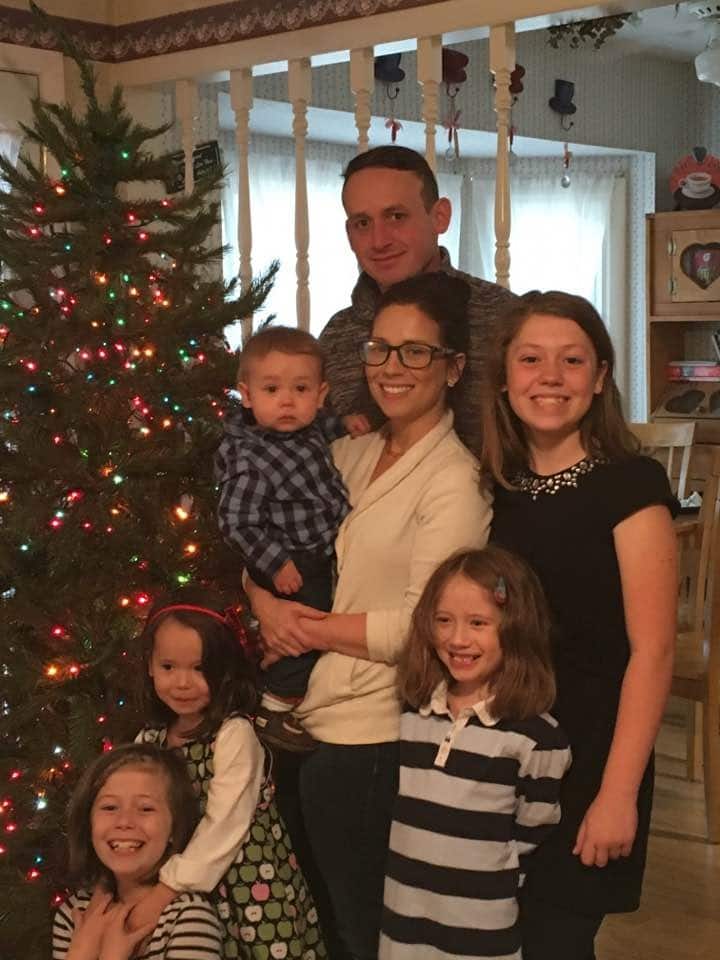 SSG Molina is a dedicated husband and has been married for nearly ten years to his best friend, Darla. He is also the proud father of five children, four girls, and one boy. He considers his family his greatest accomplishment and said that he “couldn’t do what I do without the support of my beautiful wife and children. They’re the real heroes in my book.”

When SSG Molina isn’t helping his wife chase their five kids, or waking up early on Saturday mornings to make breakfast for everyone, he can be found running. After a traumatic experience seven years ago, SSG Molina found healing through ultra running. He devotes as much of his free time as he can to pursue his passion for this incredible endurance sport, and has even encouraged his children to run. Each of his daughters has competed in races throughout the years. He is always on the sidelines to cheer them on, or running right alongside them. 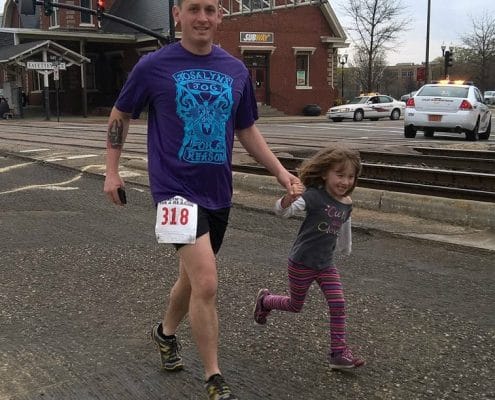 One of his most precious memories of running is watching his daughter, who was five at the time, cross the finish line of a tough race. “It was one of those moments when you can’t help but get choked up. It was below freezing and beginning to rain when we got close to the finish line. I knew she was cold and tired, and I was fully prepared to stop running and give her a break. Instead, she took my hand and just started pushing harder to finish. As soon as we crossed the finish line, I scooped her up into my arms and began to cry. I will hold on to that memory for the rest of my life.”

SSG Molina was born and raised in Colorado, where he developed a love for the outdoors and extreme sports. Some of his fondest memories of his childhood are riding dirt bikes with his father and best friends all over the west coast. He says that his time spent outside with his Dad helped prepare him for his time in the army. “I learned to be tough, and to improvise, and that just when something takes time and hard work, it’s usually going to be worth it.”

Like many young patriots, it was the events on September 11th, 2001 that drove SSG Molina toward service in the military. He says of the terrorist attacks, “I stood there watching the events of 9/11 and the aftermath unfolding just like everyone else. I was shocked and angry, and I knew I had to respond.” And respond he did. He enlisted in the Army in January of 2004, and after basic training and AIT, he went to Airborne school. “I knew if I was going to be in the Army, that I had to be a paratrooper. There was just no other option for me, and I never looked back.” When asked why he chose to be a medic, he states that he has always “had the urge to help others, plus it just looked really cool.” 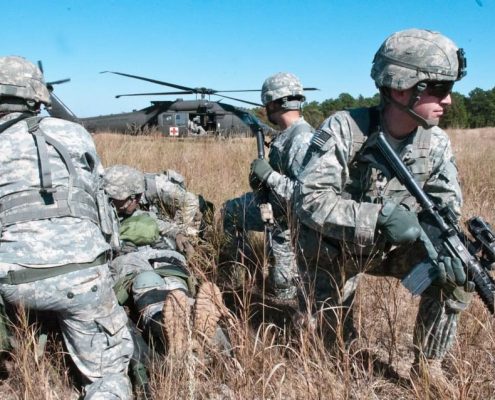 SSG Molina says his fondest memory on the job is not just one memory, but a culmination of 12 years while serving with “The best, hardest working and most dedicated men and women in the world. I have made friends for life with every paratrooper that I’ve encountered. Nothing beats gathering up your parachute when it’s only 28 degrees outside on a frosty drop zone filled with fellow paratroopers that just fell from the sky with you. I will always miss those moments.”

SSG Molina says the most challenging aspect of his job is leaving his family behind during deployments. “It’s not my favorite part of my job. I miss out on a lot of things, milestones, adventures and the everyday things that you never think you’ll miss. What keeps me going is knowing that my wife can handle anything and that if she ever needs help, we have built up an extensive network of support from friends and family who are always willing to help her out when I’m gone.”

Looking To The Future 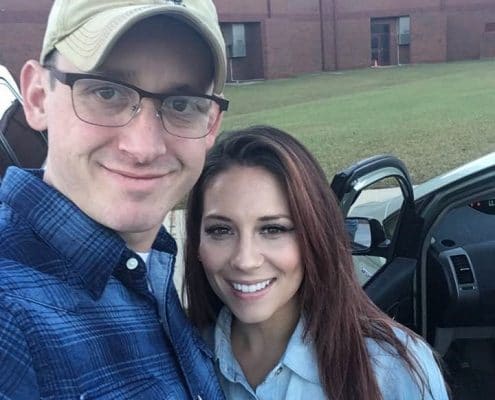 “If my children ever decided to follow in my footsteps and join the army, I would be extremely proud of them. Serving your country is an incredible honor. The lessons you learn and the friends you make along the way will stay with you for the rest of your life. I wouldn’t trade a single day of the past 14 years for an office job. The Army has turned me into a man that I am proud to be, and I would absolutely want the same thing for any of my children.”

“Being a soldier has been the best thing for me. Before I joined the army, I felt as if I had no real direction. I didn’t know what I was going to do or who I really was. The Army has given me a great purpose. Sure, there are some drawbacks, and at times it can be incredibly stressful, but overall I love my job.”

“What I’ve learned from being in the army, and especially being a medic, that has benefited me the most in life is to never give up on something, and that life is short. Find something and someone you love and devote your time to serving those things.”

SSG Molinas plans to “stay in the army until they kick me out.” After retirement, his plans for the future are to finish his bachelor’s degree and move into the field of Hospital administration. During his time at Ft. Benning, he has had a chance to see how a hospital works. He wants to contribute his experience and education to help hospitals be more efficient for their patients and staff.

Homes For Heroes – An Incredible Asset

Homes for Heroes Affiliates in lending and real estate work with Heroes in finding the right home loan, and the right home. To learn more about our specialists in your area, click here.