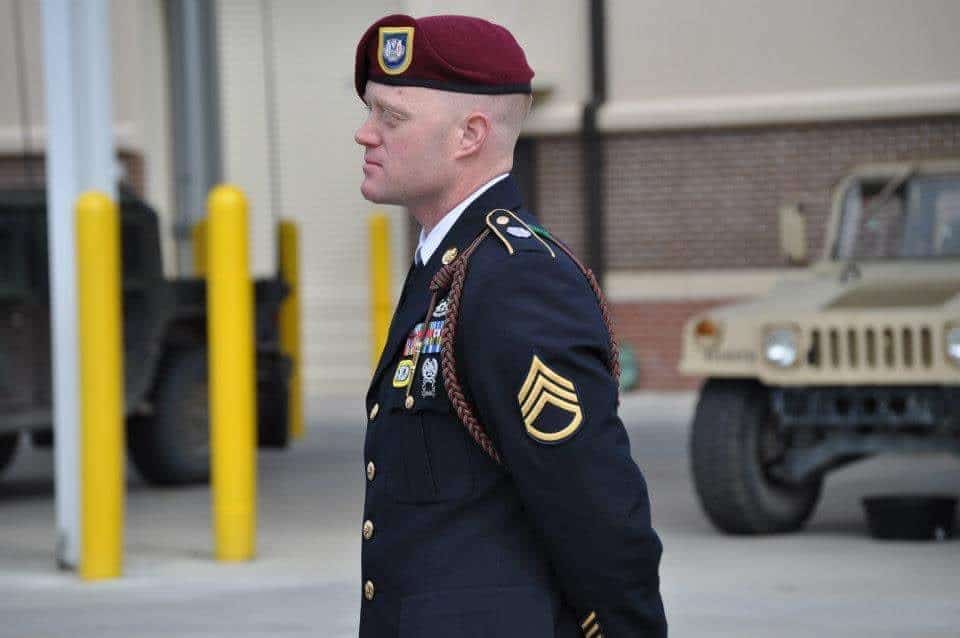 Staff Sergeant Justin Keplinger is stationed at Ft. Bragg, North Carolina, where he proudly serves as a Signal Collection Analyst and Airborne Jumpmaster Senior Rated Parachutist. Staff Sergeant Keplinger has served in the United States Army for 15 years and has been at his current duty station since 2011. Staff Sergeant Keplinger is a dedicated soldier, husband to his wife, Kacy, father to his son, Jackson, and servant to his church and community. When he isn’t working or spending time with his family, he is mentoring the youth at his church in Fayetteville, North Carolina. Of serving others, he says “I can think of no higher calling than to serve someone other than yourself.” 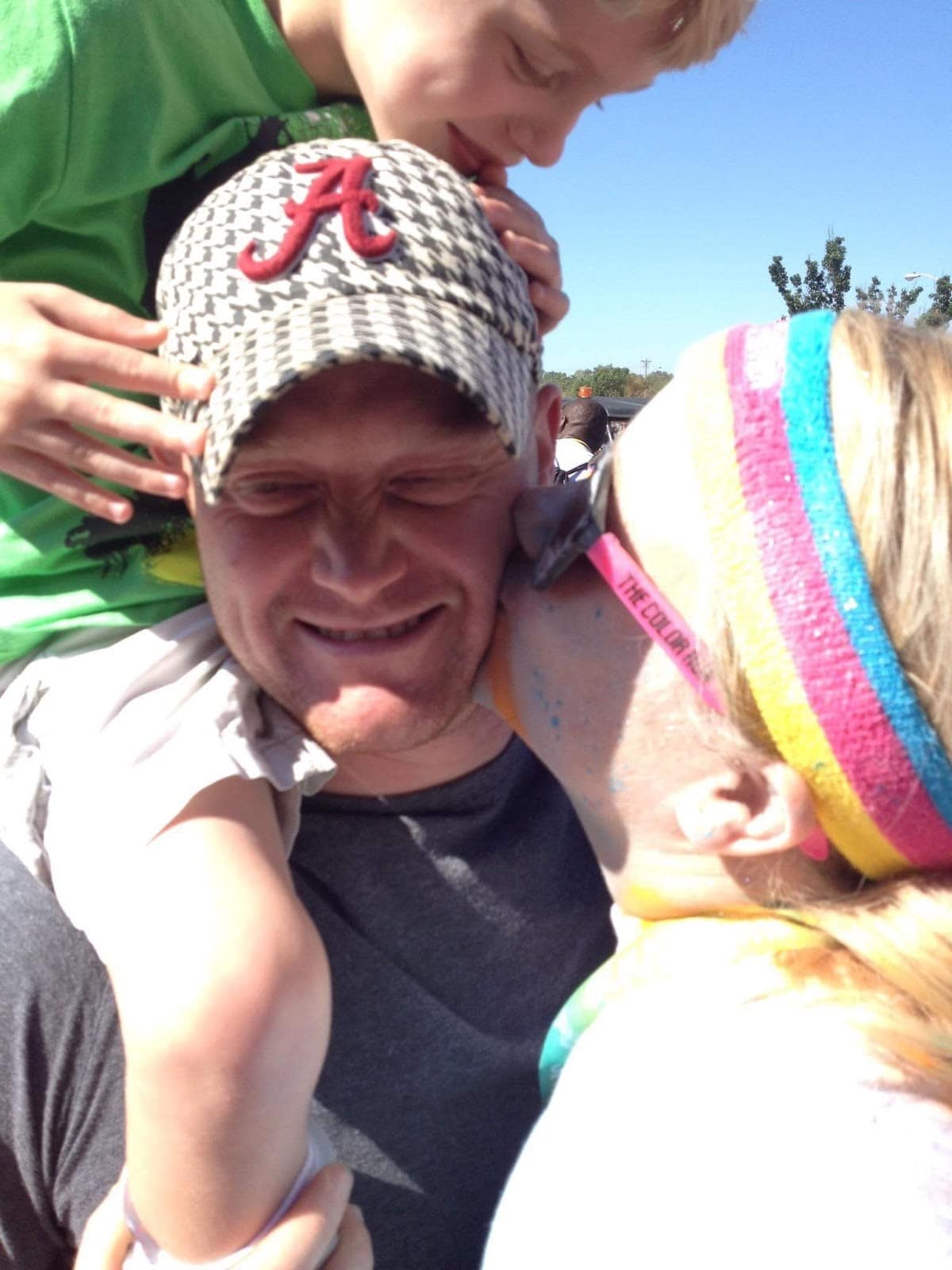 Staff Sergeant Keplinger grew up right outside of Charlotte, North Carolina in the small town of Oakboro. His mother and father are both significant influences in his life, referring to his father as “The American dream” and his mother as “My biggest supporter.” He says their support and love over the course of his military career have meant the world to him.

Justin says he always felt called to the military in some way and had initially considered becoming a chaplain. After the events of September 11, 2001, Justin said he knew he had to “pull the trigger,” so he enlisted in the Army shortly after graduating High School in 2002. While his specific career field was a “random decision,” his choice to join the Army was where he always saw himself. “I always knew I would have a career in the military.”

Over the course of his Army career, Justin has received several recognitions and awards of which he is proud. The one he takes the most pride in is his award for “Installation Joint Service Non-Commissioned Officer of the Year,” which he received in 2008. He is most proud of this award because “It was the first time I got to represent something bigger than myself in the Army.” He also received a medal for “Outstanding volunteer service.” He received this medal for coordinating and planning to build a new audio-visual system for the instillations chapel in 2008. He also won the Knowlton Award in 2012. Staff Sergeant Keplinger received this award for his significant contributions to the Army Military Intelligence community. That award is meaningful to him because at the time, he was only a Sergeant, and it is typically just awarded to senior enlisted soldiers.

His favorite quotes are,

“‘You do you, boo-boo,’ which I hear in the kitchen at Church all the time, but I think the person who coined the phrase was Kevin Hart. Basically, to me, it means that you have to let people be who they’re going to be, and you love them through it, regardless. And while I would never say that I’m a brave soul, Stonewall Jackson’s famous quote, ‘never take counsel of your fears’ has always inspired me. We can’t trust what our fears tell us. Don’t ever consider what your fears have to say.” 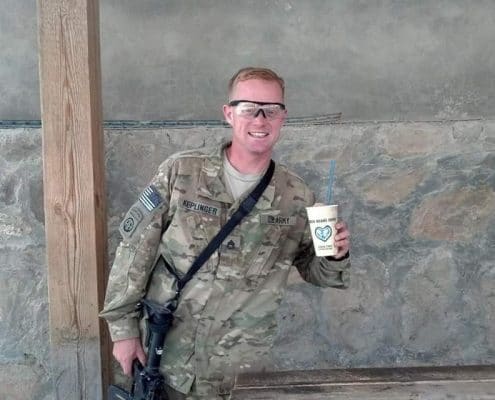 Staff Sergeant Keplinger’s fondest memories of his time in the Army have been: “My first jump was a big one, I think back to how scared I was, and of course graduating Jumpmaster School. I have a lot of favorite on-the-job moments, but I have two in particular that involve my family that will always stand out to me. The first being, getting off the plane at Green Ramp from my seven-month deployment to Afghanistan and seeing my wife and son for the first time. And the second was surprising my son at Charlotte Motor Speedway after a year-long tour in Korea. It was incredible to see the sheer excitement of a six-year-old being completely caught off guard by his Dad after a long separation.”

“The most difficult aspect of my job is the amount of time spent away from my family. Being in the Army isn’t your typical 9 to 5 job, and even when I am in the country, sometimes I am working very late nights, weekends and even when I am at home. I’d say the consistent nature of always having something to do, and the time that it takes away from your family is by far the most difficult part of being in the Army.”

When asked if Staff Sergeant Keplinger would encourage his son Jackson to follow in his footsteps he says, “While the Army itself may not be the best route for Jackson, I would absolutely encourage him to go into a profession where he is serving others. I can’t think of anything greater for my son to do than to serve in some capacity. He’s a great public speaker, even at nine years old. He’s got a confidence about him that I admire greatly.”

Staff Sergeant Keplinger was asked if he considered his career in the Army as having a positive or negative influence in his life he says, “I don’t believe in the concept of negative life experiences, as long as we are willing to learn from them. You have to take the best of it and take the worst and find ways to avoid it if you can in the future. Learn from your life experiences, and they’ll never feel like negative ones.”

Staff Sergeant Keplinger says that “Learning when to act and when to be patient, and the difference between the two,” has been the greatest lesson that the Army has taught him so far. “Sometimes, you’re forced to be patient, and other times you have to know when it’s time to no longer sit back and wait, and you just need to go act.” 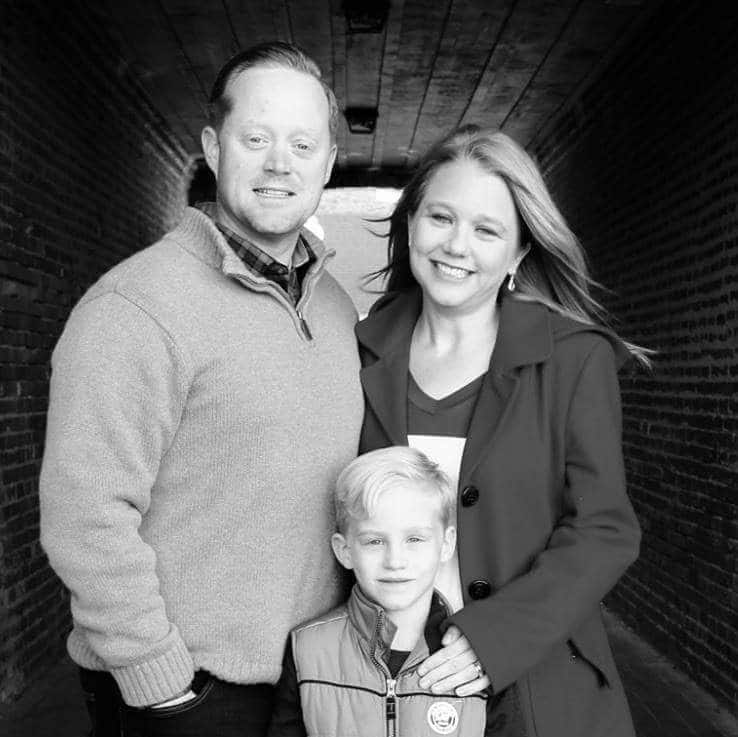 Justin has been married to his wife, Kacy, for 12 years. They knew each other for only two months before marrying, and they have never looked back. Of his wife, he says, “She is understanding and is willing to work with me and the military. I am thankful for her loving heart, and her best quality is how well she loves others. She loves the teenagers at our church and truly has a heart for teenage girls and helping to raise them up to be godly young women.”

His son, Jackson, was born 15 weeks premature, weighing only 1lb 11oz. “I remember the Doctors preparing me before I saw him for the first time, saying, ‘don’t expect much.’ It was frightening beyond belief for my wife and me. After four brain surgeries and countless other surgeries, he has amazed us over and over again. He taught himself to read at only three years old, and now at nine, you’d have no idea how precarious his life was for the first two years. He’s such an individual, and we couldn’t be more proud of the young man that he is”.

Staff Sergeant Keplinger plans to retire from the Army saying that, “Retirement is a little bit of a waiting game, but its eminent and I am looking forward to it at 20 years.” After he retires from the Army, he can see himself moving into another service role and says, “Elementary education has always interested me because of the lack of good male role models. I have also given a lot of thought to moving into a ministry position specifically geared toward military members.”

Staff Sergeant Keplinger and his wife Kacy are familiar with Homes for Heroes. “We love the Homes for Heroes Foundation and that they give back so generously to Heroes helping to make them homeowners. We support organizations like this that give back so much to those who dedicate their lives to serving others.”

Sign up with Homes For Heroes today and allow us the privilege to serve you, as you have served so selflessly.