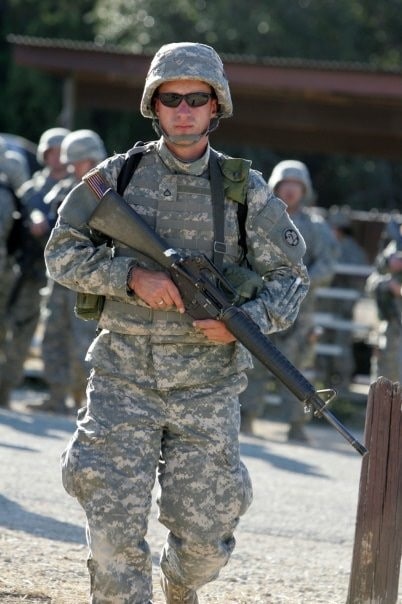 “My life has been one giant second chance.”

Sergeant Jason Brown has served in the United States Army for 12 years and is described by his friends and family as “Dedicated, hard-working, and loving. He has given himself fully to his wife, always to his kids and whatever is leftover to the US army.” Jason and his wife, Janine, have been married for nine years, and together they share three children.

Sergeant Brown and his family are currently stationed at Fort Bragg in North Carolina where Jason serves as a Special Operations Combat Medic. Of his time in the army, Jason says, “I have always had a deep desire to help people. I got started in medicine in 2002 with a local fire department and found my true calling there. The opportunity I have to show up to someone’s worst day and to affect change is pretty amazing. I truly love my job at the moment.

I would have to say that my fondest memory of the job so far, was watching non-medical personnel that I trained in basic medical assessments and procedures doing a validation exercise. During this exercise, they were being tested on their medical and tactical skills. This test occurred over a year after I taught these guys, and the level of medical proficiency they displayed made me proud to do what I do. I truly love teaching medicine.” 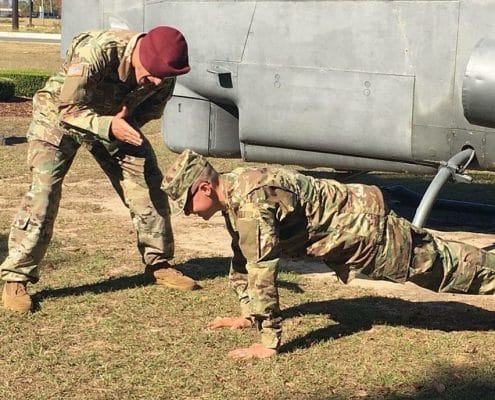 A Call to Help

When asked what inspired Jason to join the military and go into the medical field he says, “What truly set me off in the medical field happened when I was only nine years old. I was driving across Montana with my Dad, and I remember a pickup truck driving recklessly on the highway. Eventually, that pickup hit a median and two of the three people inside were ejected. My Dad and I were the first to stop and help.

I remember walking up to the scene with him and seeing the absolute wreckage of the truck. It was terrifying. I watched the driver of that truck take his last breath. What I remember the most is feeling helpless. I couldn’t do anything for those people that were dying in front of me. I realized then, at nine, that I never wanted not to know how to fix this again.”

Sergeant Brown speaks highly of his time in the military and says, “Right now I’m on a team with the greatest bunch of guys that could have ever been put in my path. It is an incredible blessing to work with the guys that I do.” He does also admit that life as a soldier can be difficult. “Most people would say, dealing with the death and trauma of my job is the most difficult part of what I do, and they wouldn’t necessarily be wrong.

After 16.5 years of practicing emergency medicine, I’m not jaded. I learned a long time ago that I couldn’t save everyone, no matter how hard I try. Right now, by far, the most difficult aspect of my job is finding the time to do everything and balancing life with training events to maintain my skills and certifications.”

During his time in the Army, Sergeant Brown has received two Army Commendation Medals, one while on deployment and the other for gathering a team of people together to put out a fire that erupted while at a shooting range. 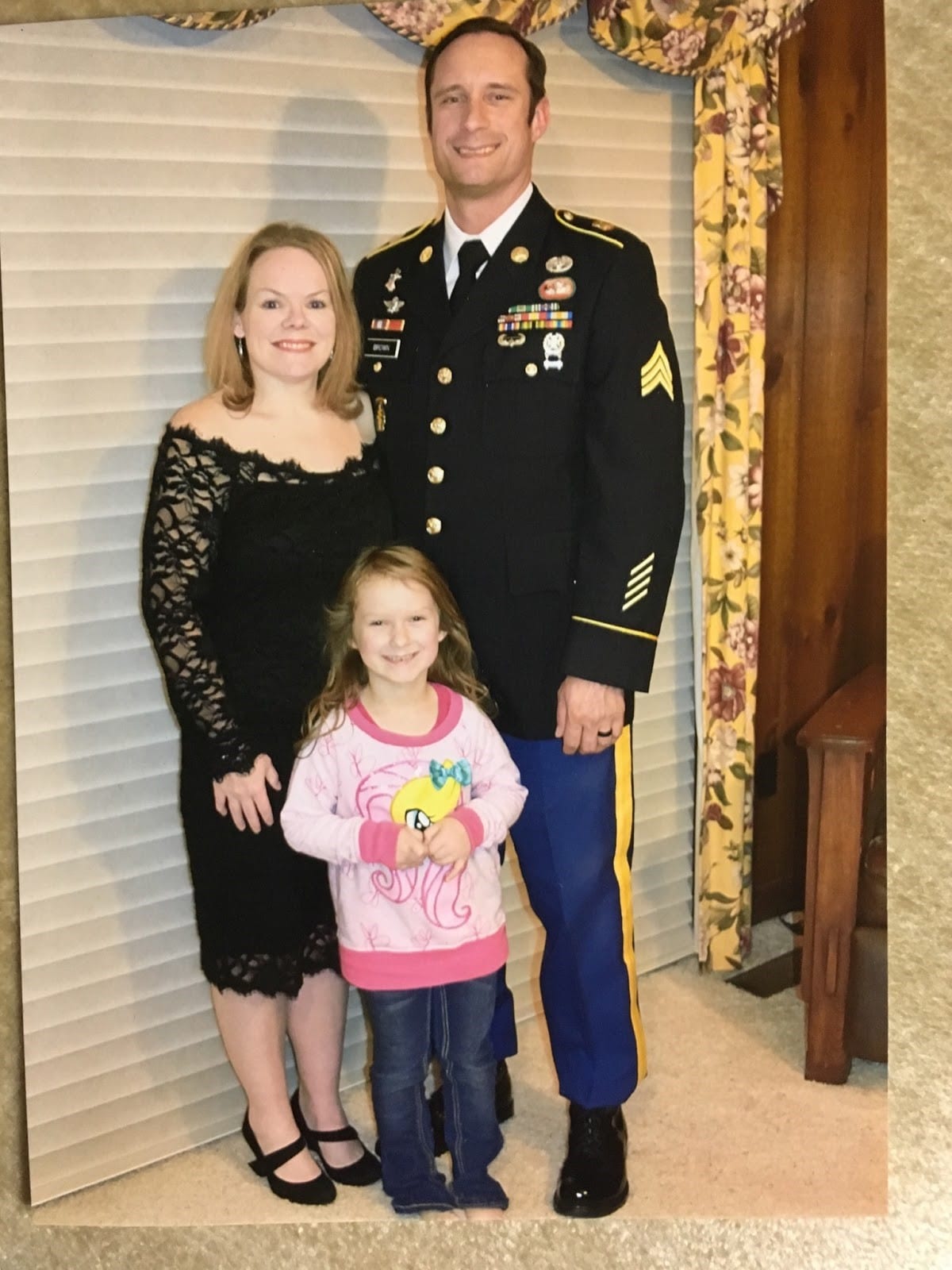 After a few turbulent years as a teenager, Jason says that his family welcomed him back home with open and loving arms. “I have been the prodigal son more times than I can count. In every stage of my life, there has been some form of reconciliation and coming back to something and eventually succeeding. My life has been one giant second chance.”

He met his wife, Janine, in High School, and the two dated for only a few months before breaking up. “I was a selfish and immature teenager, and thank God that we found our way back to each other after 13 years and many life changes.”

Jason loves bragging about his wife’s servants heart and says, “I love the fact that she’s strong in her faith. She is a fantastic mom, hilarious, loving, and has a caring heart. She was recognized recently for her passion for serving others by creating the FRG for my brigade. She stepped up to the plate while I was deployed and had the wives of my team members over at least once a month to make sure that they were doing okay, and went out of her way to make sure that each spouse felt connected to our community.”

When asked if he would encourage his children to follow in his footsteps Jason proudly boasts, “One already has. Our 21-year old son is active duty army and stationed in Korea. He is a technology nerd, and I have nothing but respect for him.”

Jason and Janine also have a 16-year-old son who is a junior in High School. “He loves theatre and is planning to attend a local university to pursue a degree in theater arts, and I support him fully in any path he chooses for himself.” Their 5-year-old daughter is the apple of her parent’s eye and, “Has a heart of gold. When she loves, she loves with all of her soul. She’s incredibly thoughtful, loves gymnastics and her friends. I can’t wait to watch her become the woman she is meant to be”

“I feel like my time in the Army has been an overall positive experience. All experiences teach you one of two things, either the right way to do something or the wrong way. Any time you learn, regardless of where it falls on this scale, it is a positive life experience.”

Looking Forward to the Future 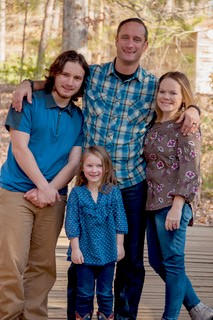 For his future, Jason says, “I hope to retire with enough land that I can hunt, fish and have grandkids visit me.  I plan to continue to volunteer, and I could honestly see myself teaching medicine at some point.  If there is anything that I love as much as performing medicine, is teaching it. It’s rewarding to see people I taught to go forward and have the ability to bring someone back home to their family.”

“Homes for heroes is an incredible organization, and I have a lot of respect for what they do for our military community. They have an extensive network of qualified and compassionate affiliates that truly understand our unique situations and work with us to find the best possible deals.”  Sergeant Brown adds, “I’m grateful that programs like this exist, and I love sharing what they do for military members, teachers, first responders and nurses with anyone who mentions buying, selling or refinancing their home.”

If you would like to see how Homes for Heroes can help you and your family, sign up here to get more information. We look forward to serving you!