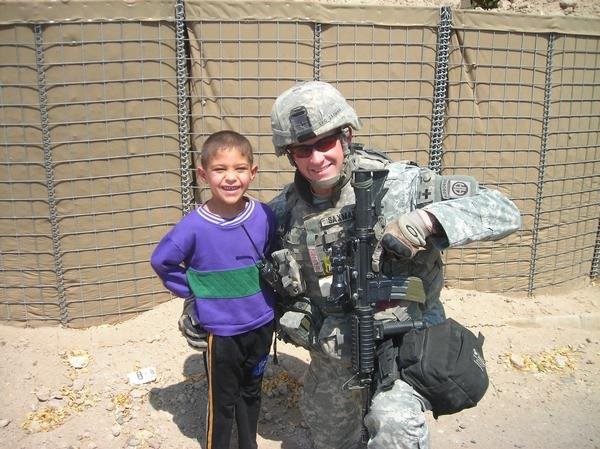 “I always had the desire to serve. I feel like everyone should do their part.”

David Saxman retired from the United States Army as a Staff Sergeant in 2016. He served as a medic in the 82nd Airborne Division at Fort Bragg, North Carolina for nine years. His other duty stations included Ft. Leonard Wood, Missouri, and Ft. Wainwright, Alaska.

Of his time in the Army, David says, “When I reflect on my time in the Army, I can see it as both a good and bad experience. Overall, I am proud of what I did and of my service to our country. I was a medic, and that wasn’t always easy. I got to see the best and the worst, the precious moments of life, and the moment that life slips away. I learned to keep cool under pressure and never to doubt my abilities in life-threatening moments. I loved being in the Army; it made me the person that I am today. The discipline and structure that the army provided me were crucial to my growth as a man, and my success now as a civilian, is owed to the person that the Army made me.” 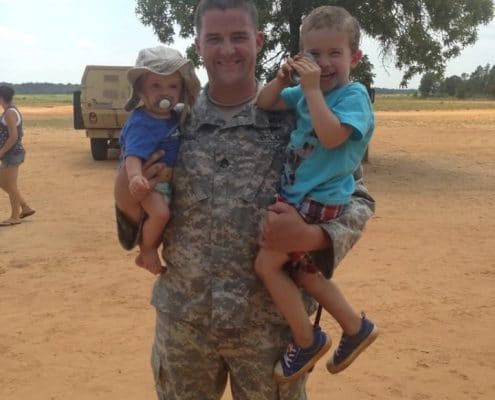 David comes from a long and proud line of service members. His grandfather served in the Navy. Both his mother and father were service members, as well as his older sister.

“My parents were both supportive of my decision to join the Army. My mom wasn’t quite convinced I would go through with it, but my Dad was. I know both of my parents are very proud of me since they, themselves, served. It’s sort of becoming a family tradition for us. We take our service to this country very seriously. It’s our duty and our privilege. I have always had the desire to serve; I feel like everyone should do their part. One of my favorite quotes is, ‘Ask not what your Country can do for you, ask what you can do for your Country.’ JFK nailed it with that one.”

In 2009, David met his wife, Amanda, and the two have been inseparable since.

“Amanda is my rock. She has always been, and will always be, the sane part of my day. During missions, or deployment, and on my worst days, she keeps me centered and focused. We will be celebrating our ninth anniversary this April. Her best qualities are how much she cares about other people, her willingness to give all of herself to those she loves, and her patience. She’s patient with me and our kids in ways I could never imagine being. I don’t know how she does it, but she always knows exactly what to say when I am feeling down or defeated by something. She tells me to get back up and reminds me that I’m bigger, stronger, and faster than I think I am. She gives me that extra reassurance that I need. I can’t imagine my life without her and our boys.” 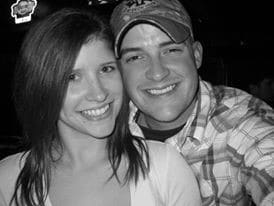 David says his fondest memory of his time in the army was, “The first time I saved someone’s life and they thanked me for being there to save them. While on active duty, I had a little girl who had been shot, and they brought her up to me in the middle of a big commotion. I put a tourniquet on her leg, bandaged her up and started her on an IV because she was really a lot worse off than I think anyone realized at the time. She was dangerously close to losing her life.”

“After we handed her over, she was taken to an Iraqi hospital, and I was sure I’d never see her again. A few weeks later, though, I found myself back in her village.  She was probably nine or ten years old. She came up to me and thanked me for saving her life. Every time we went to that village after that, she brought me a soda or a tea and checked in with me. Even though we both barely spoke the other’s language, I knew she appreciated what I did, and she knew I appreciated her kindness. That will always be with me.”

“The hardest part of my job in the Army was keeping up with the latest technologies and science.  You want to be the best at cheating death, but death never takes a sick day, so you always need to be on your toes and ready. People are always dying in new and interesting ways, and medicine has its advancements, but if you aren’t keeping up, you’re going to lose people. What we learned in AIT isn’t being practiced today in medicine, because it’s continually changing.  You have to stay current in your training if you’re going to save lives. You have to always be prepared, always ready for the next thing. Having pride in your craft is crucial. You have to keep up, and you have to be the best, because, people depend on you to keep them alive. If you’re not at your best, someone is going to die.”

“My Pathfinder badge is my favorite because it’s very rare for a medic to get a Pathfinder badge. I was the only medic in my entire class. The school is incredibly difficult. I started in a class of 122, and we graduated with 31. It’s very typical of that class because it’s such a hard school. I’m extremely proud of that accomplishment.”

When David retired from the Army in 2016, his family settled in Charlotte, North Carolina. He now works as a Clinical training manager for a tactical medical company.

“ I format training for new products for DOD use combat medics, surgeons, doctors, and even down to infantrymen. I get to continue to teach others how to perform their best on their worst day possible. This is my dream job. I get paid to train people on the latest and greatest in medical equipment. Knowing that my training will save someone’s life is rewarding and empowering.”

David and his wife, Amanda, have two boys. He says, “I would actively encourage both of my sons to serve the country that has given them so much. They’re both extremely intelligent and goal oriented. Obviously, I would be a little biased and encourage them to be Airborne, like I was. The reason I chose the army was because they were the only ones to jump out of airplanes. How does anyone pass something that cool up?”

Homes for Heroes Gives Back

Of Homes for Heroes David says, “It’s always wonderful to find businesses that go above and beyond to support service members. We look forward to working with them when selling our home, although we don’t plan on moving anytime soon. Knowing that someone is there and will have our backs when the time comes makes that prospect a bit more manageable.”

Homes for Heroes would like to thank David for all that he has sacrificed for our Nation. We appreciate the service and commitment of families all over our Country, just like David’s.

We are honored to tell your story and look forward to serving you when the time comes.