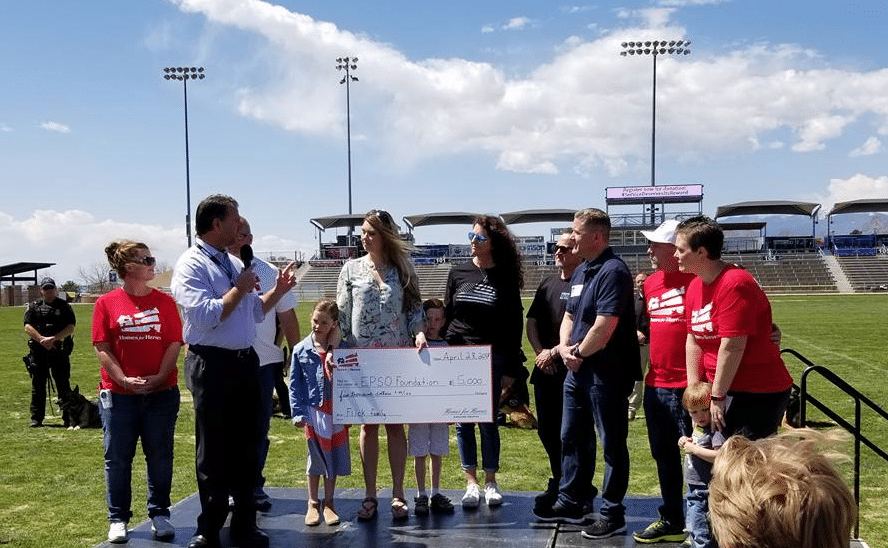 I seem gone from you now, but I know that somehow
We will reunite in another place.
For “The good they die young,” is a song often sung,
But this verse is flawed on its face.

You see the good don’t die young, but instead they live on,
In memories, and many a heart.
The good that you do does not die when you do.
For the good, death’s not an end, but a start.

On February 5th, 2018, Colorado Springs and El Paso County law enforcement responded to an auto theft. Although several officers were in the area and responded, Deputy Micah Flick was one of the first officers to arrive and confront the suspect. As Deputy Flick tried to apprehend and detain the suspect, a struggle ensued and bullets rang out from the suspect’s gun, injuring three officers and one bystander. Deputy Micah Flick died at the scene from gun shot wounds.

A day that started with Deputy Micah Flick celebrating his 11-year anniversary on the El Paso County Sheriff’s Office, ended with the Colorado Springs community losing another beloved officer. Deputy Flick was only 34 years old. He was a dedicated veteran of the El Paso Sheriff’s Office and loyal member of the community. Deputy Flick is survived by his wife Rachel, and 7 year old twins, Eliana and Levi.

Our nation and law enforcement family mourn the devastating loss of another officer, by lowering flags to half-staff and lining the streets for the memorial processions. But it is the families of these fallen officers who struggle to find solace during these dark days.

“We cry as a family together often, but we don’t grieve like people without hope because we know that Micah lives, Micah is in heaven, which is a very real place, and we are going to see him again.” – Rachel Flick

The El Paso Sheriff’s Office Foundation coordinated fundraising efforts to help Deputy Micah Flick’s family through this difficult time. The Homes for Heroes Foundation is honored to support these efforts by presenting a $5,000 grant to the Flick family. A Homes for Heroes outreach coordinator presented Rachel Flick with the check for $5,000 at the Homes for Heroes Community Cares event on April 28th, 2018.

Rachel Flick is using her loss to seek the change in our communities her husband so badly wanted.

She asks people to educate their kids on how to interact with law enforcement, take a reality training course and ride along with an officer.

She challenges people to try to understand what law enforcement officers do.

“We are a nation divided in so many ideas and places but I’ve seen Micah’s death bring unity,” Rachel Flick said.

To show your support for the Flick family by making a donation, the El Paso Sheriff’s Office Foundation is accepting donations online, or by mail: