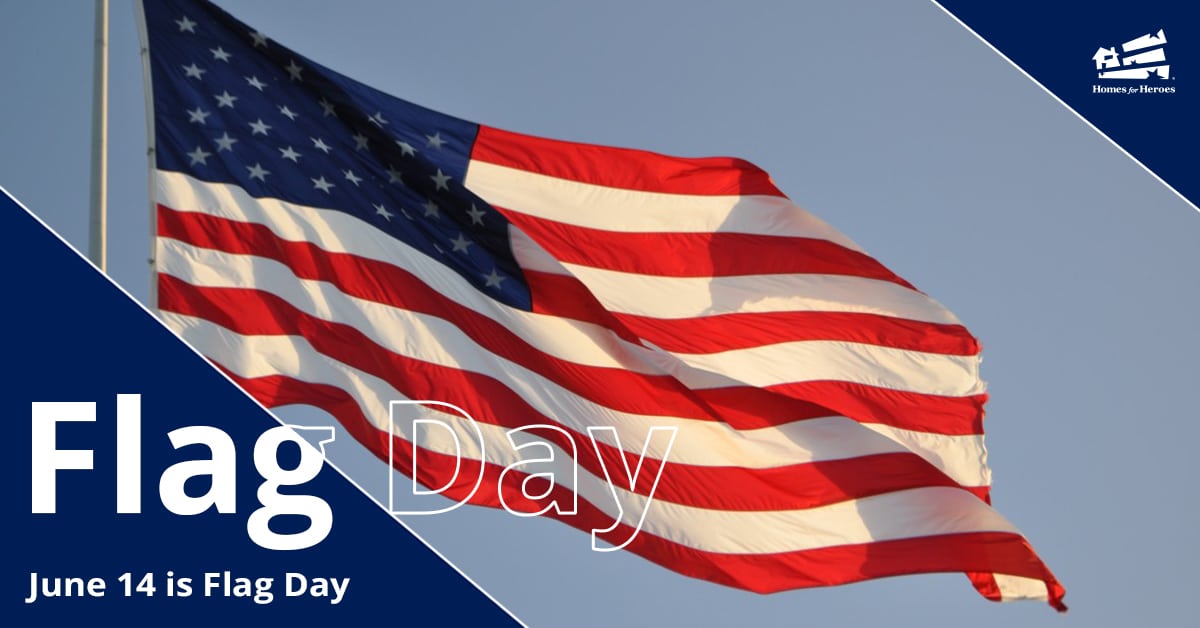 The American flag is one of the most recognized symbols across the globe. How did the flag come to be, and why do we dedicate a whole day to “Old Glory”? We have 10 things you need to know about Flag Day in the United States.

On June 14, 1777, the Continental Congress passed a resolution that outlined an official flag to represent the new nation. It states, “Resolved, that the flag of the United States be thirteen stripes, alternate red and white; that the union be thirteen stars, white in a blue field, representing a new constellation.”

In 1916, President Woodrow Wilson proclaimed that June 14 should be designated at Flag Day. It wasn’t until August 3, 1949 that President Harry S. Truman signed into law June 14th as Flag Day. The United States Army’s birthday is also June 14, because the resolution to ratified the proposal for an army happened on June 14, 1775.

3. What Do the Colors Mean?

It is said that New Jersey Congressman, Francis Hopkinson, created the original 13 stars and 13 stripes design. However, there is little to no historical evidence of this, and many historians refute the claim. Betsy Ross, a widowed Philadelphia upholstery business owner and seamstress, is commonly credited with sewing the first flag. As the story goes, Betsy made the flag in June of 1776 after a visit from President George Washington, Robert Morris, and her husband’s uncle, George Ross.

Since its inception, there have been 27 recognized versions of the American flag. They were all different based on the flag-maker’s preference. In 1912, President Taft created a flag standard for the then-48 states into six rows of eight stars. When Alaska and Hawaii were added, each revision had a standard as well. The current version of the flag was standardized on July 4, 1960 after Hawaii became the 50th state in August 1959.

The new flag design was first carried into battle on September 11, 1777, in the Battle of the Brandywine. It was almost three months to the day since the flag had been fully adopted. The American flag has been flown in every war and major conflict since. One of the most iconic images of the flag in battle is below, when it was raised by Marines in the battle of Iwo Jima in the Pacific campaign during WWII. 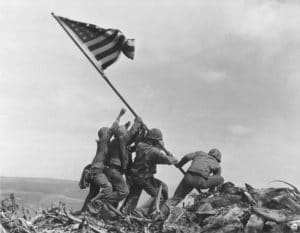 You may have heard the flag called “Old Glory“, but where did that nickname come from? History says that William Driver, a seasoned sea captain from Massachusetts and later Tennessee, used the name on his version of the flag. The flag was a hand-made gift from his mother as a congratulations for him achieving command of his own ship. The large 10 foot by 17 foot flag accompanied him on his sea travels, and later hung from the attic of his home in Tennessee. The story goes it survived multiple attempts to deface it during the Civil War. It was last displayed in Tennessee at an exhibition in 2006.

There is much debate about how the American flag should be handled and kept. Because of the first amendment rights in the United States, and protections of free speech, there is not much considered illegal when it comes to displaying, repurposing, or disrespecting the flag. However, there is widely-practice flag etiquette, presented by the American Legion in 1924, that is still used today. Some of the etiquette items are:

There are other locations that choose to display the flag at all times, however there is no law or proclamation requiring it as with the eight above.

There were six Apollo missions that included an astronaut planting a U.S. flag on the moon surface. In 2012, NASA published a piece of work by James Fincannon titled, “Six Flags on the Moon: What is Their Current Condition?“. Many believe the flags could not endure the volatile environment, but the article includes lunar photography that may contain shadows of the flag and proof they continue to stand tall.

Also, the flag on the Moon will never be flown at half-mast, because no one is there to lower it! 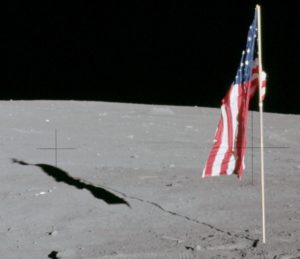 We are thankful to have such a rich history regarding the history of this American symbol. At Homes for Heroes, we’re also thankful to all the people that serve our great country. If you’re a military member or veteran, teacher, law enforcement, firefighter, EMS first responder, or healthcare worker, we want to save you money when you buy, sell, or refinance a home. Sign up today for more information with no obligation, and find out what Homes for Heroes can save you.