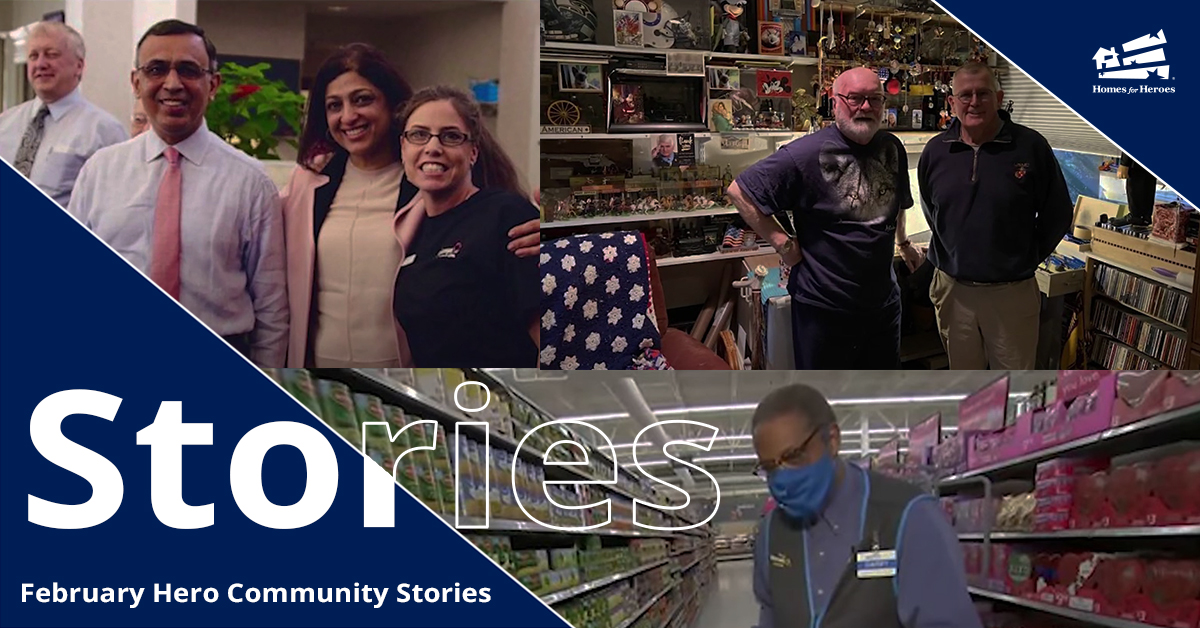 Communities across America are full of heroes. Healthcare workers, teachers, first responders, and veterans devote their lives and careers to serving others. Lets take a look back at the February stories from the hero community.

Charleston, SC resident Henry Darby is a Walmart associate by night, and the Principal at North Charleston High School during the day. Over 90% of the schools’ students and families fall below the poverty line. Principal Darby saw that the COIVD-19 pandemic has greatly affected his community, and saw that many current and former students were in need. So, he began working shifts at Walmart, and every paycheck he gets goes to his students and their families. See the rest of Principal Darby’s February story from the hero community below.

Bruce Griffin, a former United States Marine, was only in Vietnam for 9 days in 1966 before he was tragically killed in combat. Tennis De Jong, a former United States Marine as well, heard about Bruce through Bruce’s sister, Linda. When Tennis learned that Linda did not have a portrait of her brother, he reached out to his friend and former Marine Michael Reagan, who has drawn 7,500 portraits of fallen military members for their families. De Jong then flew the portrait across the country to be presented to Linda, and so that Bruce could finally come home. See the rest of Tennis De Jong’s February story from the hero community below.

Dr. Omar Atiq has been an oncologist in Arkansas for over 3 decades. In that time, he’s learned that several of his patients are unable to pay for their treatments. Recently, Dr. Atiq closed his oncology practice, but not before forgiving over $650,000 in medical debt for 200 patients. Dr. Atiq didn’t want his patients to worry about their bills on top of having to worry about their health. See the rest of Dr. Omar Atiq’s February story from the hero community below.

If you are a member of the Hero Community, whether that’s an educator, firefighter or EMS, law enforcement officer, active, reserve or former military member, or healthcare worker, Homes for Heroes wants to say thank you. Our way of saying thanks is saving you money on buying, selling, or refinancing your home. Sign up to talk to one of our nation-wide real estate and lending specialists to get started.