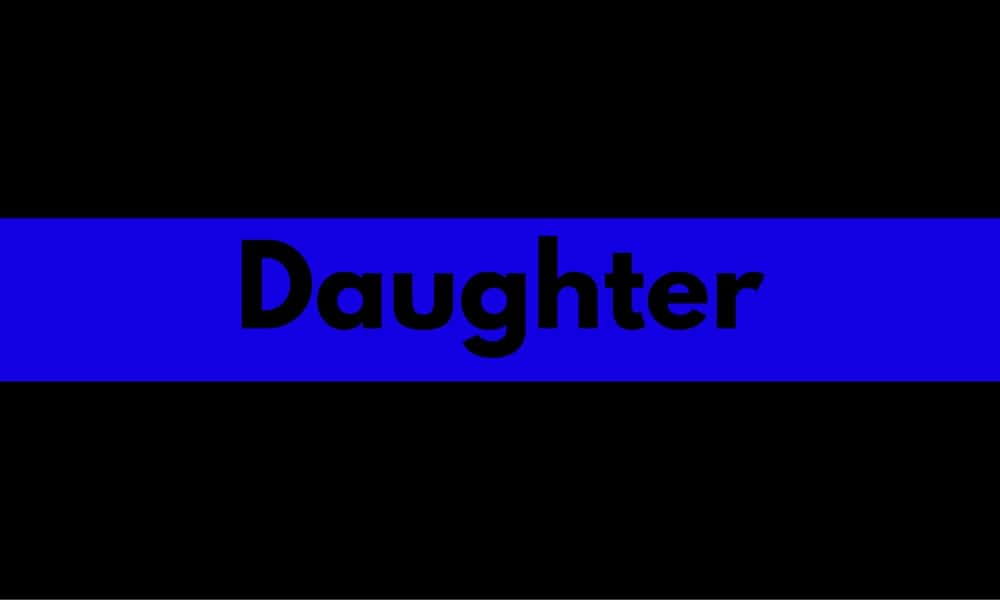 The following is a piece written by a law enforcement personnel’s daughter and her perspective of growing up as a police officers daughter. While many of us have witnessed the negative light shown on law enforcement across the nation over the last couple years, this may be a perspective that many haven’t thought of or experienced.

“Stop what you are doing, and show me your hands!”

What you just read above is just a glimpse into my childhood. I am a 21-year-old homegrown Minnesota girl whose father is a Minneapolis Police Sergeant.

People ask what it is like growing up with a police officer as your father and my response is simple: “He is my dad. How is growing up with a farmer? A Teacher? There is no difference.” However, I would say I spent more time in handcuffs as a child than any child should. Time-outs were rough for me.

Then I get, “Well, wasn’t it different than ‘normal’ parents?” To be honest, I don’t remember anything being different about my childhood or even now when compared to my friends’ lifestyles. Well, besides when you have friends over and all they want to hear is cool cop stories… and the abundance of police officer gifts at birthdays and Christmas.

The only thing I think makes growing up as a police officers daughter different than any other parent is the extended family I gained. The thin blue line family is an amazing thing to be a part of. The bond that the police officers have for one another and their personal families is something that I quickly realized could never be broken. I consider my dad’s partners my family and the phrase, “Mess with me you’ll get the horns, mess with my family, and you’ll get the whole bull,” stands true. The amount of passion these men and women have for protecting each other, each other’s families and people they do not even know is unimaginable. Needless to say, if there were a zombie apocalypse, I would want them on my team.

They say you shouldn’t get a tattoo of a loved one’s name, initials or anything related to them since it is permanent and you never know what could happen. Well, I broke that “rule”. When I was a freshman in college in 2012, I realized what my family meant to me. I ended up getting a tattoo of my fathers badge number (a four digit identification number) in my mother’s handwriting on my wrist. Out of my seven tattoos, this one means the most.

Growing up as a cop’s daughter has its ups and downs. You are for sure a little more scared of breaking curfew or any house rules that might be set because having to go to jail was a real thought, and you already knew that you would rather contact somewhere like this Bail Bonds company to help post your bail instead of asking your cop parent for money. Yes, these types of thoughts really do run through your mind, so it felt like you were constantly living life on the edge. But really, if anything, I felt like I was held to a higher standard and in a positive way. However, with every positive, there is a negative, and that for me is my biggest fear — upsetting my father. There is no worse feeling than having a parent disappointed in you, but for me, that was the equivalent of being compared to someone that he may have dealt with that day. I always had, and still have to remember he only does it because he cares.

My fear, which is as real as they come, is worrying that he won’t make it home safe. You hear stories on the news, or a clip on the radio about a police officer being gunned down or shot, and for a moment, time just stops. A million things go through your head: What was the last thing I said? I did? Is he okay? Was it him? What was he working on today? The relief comes when receiving a call or text saying, “He’s okay.” The hard part is having that feeling every morning or night. It’s almost like a reoccurring dream, but there is no waking up.

I can say that growing up with a parent as a police officer has allowed me to see both sides of the job and understand it is so much more than just writing a speeding ticket or breaking up an underage party. These men and women are people who have decided to put their lives aside to protect and serve people they don’t even know. The police shaming that has occurred over the last few months is something I will never understand or be okay with. I look at it this way, if you have so much against law enforcement then don’t call them the next time you are in trouble. Deal with the issue or situation by yourself. And just because I am curious, be sure to let me know how it goes. These people do so much and they honestly aren’t trying to ruin anyone’s day. They too want to go home at night, just like the rest of us.