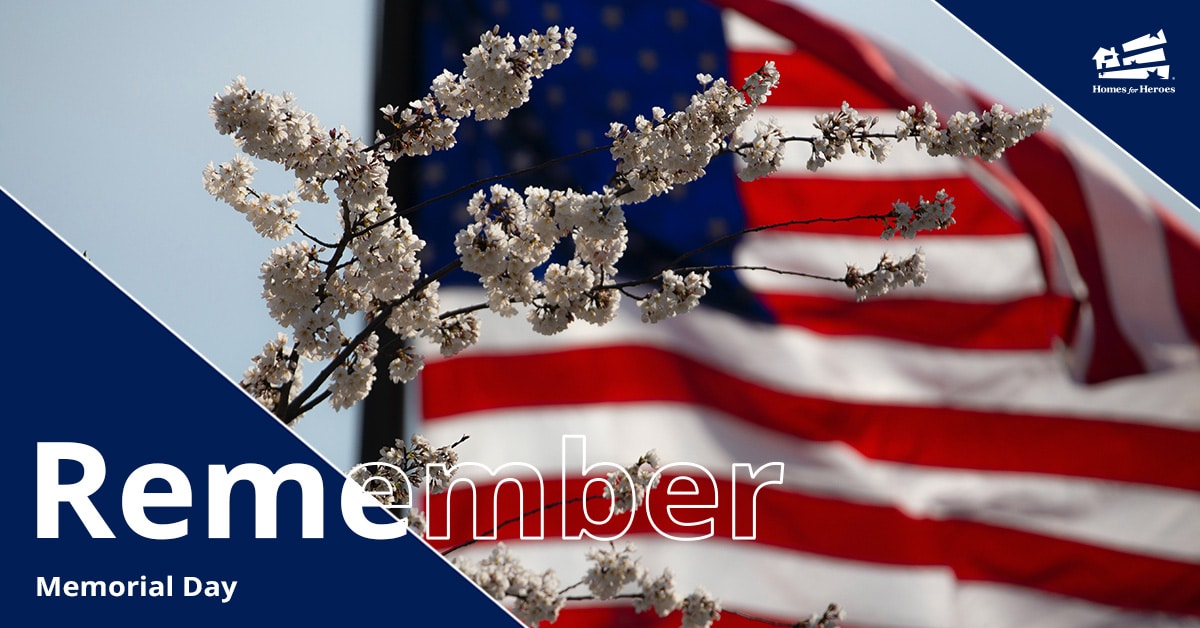 Memorial Day is a day for us to honor those who fought and fell in battle while fighting for our country. They sacrificed their lives for the continuance of our nation alongside those who are still alive to tell us their stories of courage and bravery. On this Memorial Day, Homes for Heroes would like to honor all of those that gave so much. 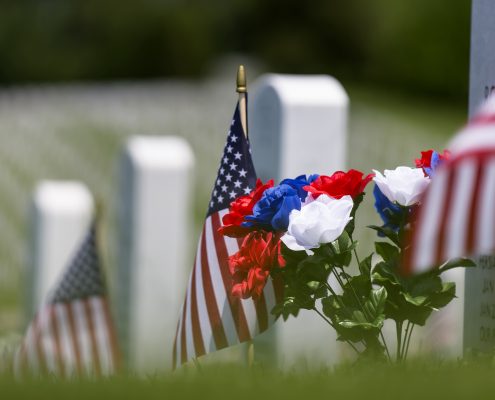 Memorial Day is celebrated on the last Monday in May, and honors all the men and women who gave their lives while serving in the United States Armed Forces. Although the idea of honoring fallen military members on a specific day has been around since shortly after the Civil War, Memorial Day became official Federal holiday in 1971.

In 1968, Congress created the Uniform Monday Holiday Act, which moved a number of holidays to specific Mondays each year. This established Memorial Day as the last Monday in May. Because it is a Federal holiday, all banks, stock trading, city, county, state, and federal buildings, schools, and even some private companies are all closed and non-operational. 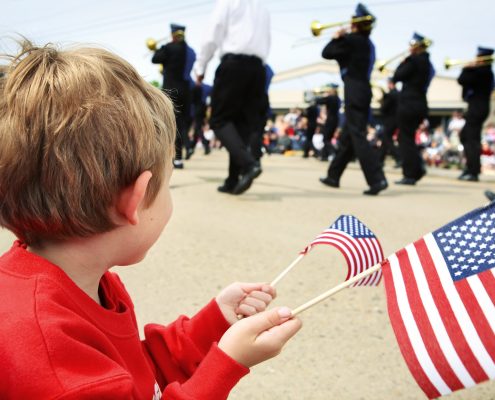 Memorial Day is often called the unofficial start to summer, for a number of reasons. For one, it occurs on the last Monday in May, right before the summer months. Most schools are done or close to done with their sessions for the school year. The weather also generally warms up by this time as well.

Parades are a big part of Memorial Day, held all over the country. They include military personnel, as well as veterans’ organizations, helping to educate, promote and honor our military and their sacrifices.

Another way to honor fallen heroes is to visit cemeteries and memorials. Just as with Decoration Day, you can lay flowers or American flags at the graves of fallen soldiers. Several veterans organizations, such as VFW’s or American Legions, have donation dinners, celebrations, or concerts.

May is also National Military Appreciation Month. While we honor our Army, Air Force, Coast Guard, Marines, and Navy members every day, May is the time to really let our servicemen and women know that we are grateful and appreciative of their sacrifices.

The Significance of Poppies on Memorial Day 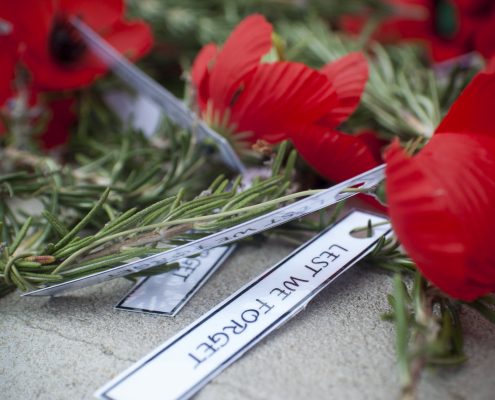 In 1915, Lieutenant Colonel John McCrae published a poem titled “In Flanders Field” following the second battle of Ypres. John McCrae wrote the poem after walking through the crosses that marked the soldier’s graves. The poem talks of fallen soldiers who now lie in Flanders Field where poppies grow. After he published the poem, the poppy became an international symbol for fallen soldiers.  While countries like the United Kingdom, Canada, and Australia wear poppies and remember those lost in November, in the United States, we use poppies as a symbol of remembrance for Memorial Day.

How to Support the Families of Our Fallen Soldiers

When Memorial Day comes around each year, a lot of us get to enjoy the day off while having a barbecue with friends and family and watching a parade. There are somber moments during a visit to a cemetery to decorate the graves of loved ones you knew or those who were complete strangers. Laying flowers on the grave of a military member is an indispensable feeling that everyone should experience. It brings you a sense of appreciation.

Their families made a sacrifice as well. Mothers, fathers, husbands, wives, and children of our fallen use Memorial Day as a day for grieving. Every flag they see, and every painted window marking Memorial Day messages is a reminder of what they’ve lost.

If you know a military family who have lost a loved one, reach out to them. Ask how you can be helpful to them. It can begetting the kids to and from school, yard work, or even help with groceries. Send them a care package showing you care. Stop by and let them talk as there is no better gift than the ability to listen.

When our heroes die, their spirits are always with us, helping us to remember who they were and that they were fighting for our freedom. For those who have lost someone, Homes for Heroes says thank you for the sacrifices you and your family have given, and we will always honor the memory of our nation’s heroes.