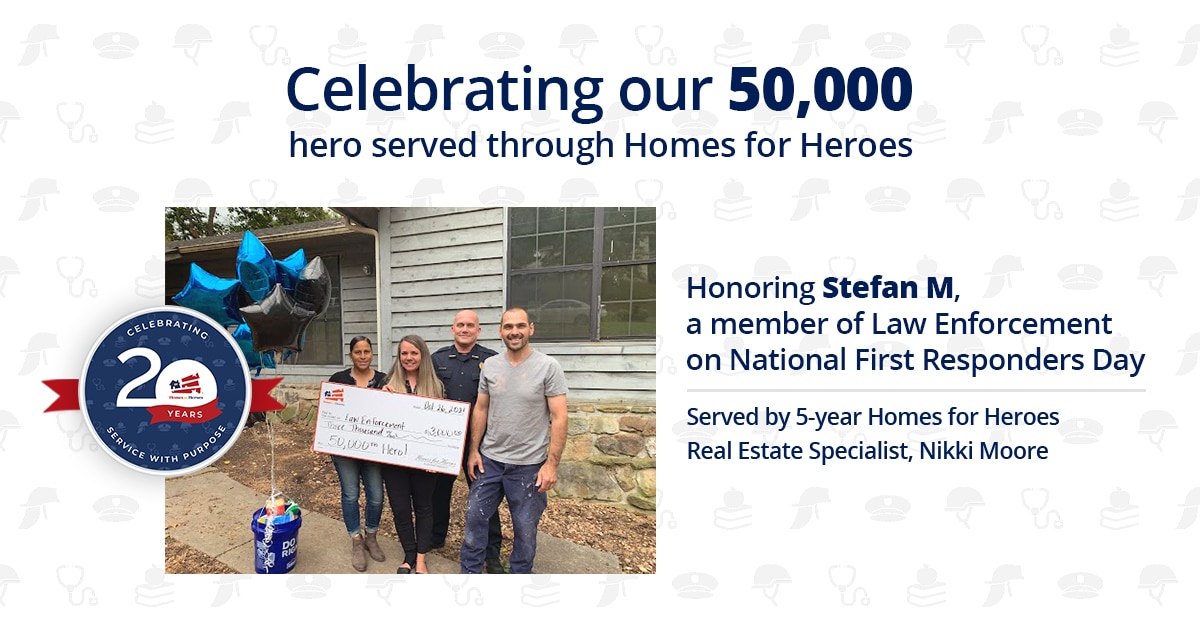 Homes for Heroes started in the aftermath of the tragedies of September 11, 2001 with the goal to serve every hero in the nation with their housing needs. On the eve of our 20th anniversary, we have hit an impressive milestone towards that goal. In October 2021, we have hit the 50,000 heroes served mark.

Homes for Heroes provides Hero Rewards to law enforcement, healthcare workers, educators, active, reserve, and veteran military, firefighters, and EMS heroes when they buy, sell, or refinance a home with one of our 4,200+ real estate agents or loan specialists nationwide. After their closing, our heroes receive a check worth a portion of their home price simply for being a hero.

In the case of law enforcement officer, Stefan M. of Knoxville, Tenn., he was doubly rewarded as the 50,000th hero served. While working with his real estate agent, Nikki Moore of Realty Executives Associates Blevins Group, Homes for Heroes learned his transaction was our 50,000th.

Nikki Moore was a law enforcement officer herself, graduating from the academy in 2008. She was primarily a patrol officer with the Knoxville police department, and was also involved in crisis response and negotiations. Nikki made the hard decision in 2016 to retire from law enforcement to spend more time with her family.

Before her retirement, Nikki’s and Stefan’s squads overlapped on the force and they worked together frequently. When she decided to make real estate her career after law enforcement, Stefan was there to support her, telling her that the next time he moved, he would call her.

“That support for others who either leave the profession or have side jobs, you always support your work family.” said Nikki, who was thankful for the support of a fellow officer. When Nikki found out that Stefan was the 50,000 hero served, she was thrilled!

“It was exciting. I’m glad it happened to be someone I knew. It’s awesome for any of the heroes I’ve served in the program to win that, I wish they all could. But the fact that it was one of my fellow officers I trained with around Knoxville who I protected and served with, that was pretty cool.”

Homes for Heroes founder, Ruth Johnson, was also moved by reaching the goal when at times it seemed so distant.

“We are so incredibly proud of this milestone. Even though I knew it was coming, the feelings were overwhelming. When we began this journey to thank heroes, twenty years ago, this milestone was something we could only imagine. The growth we are experiencing will allow us to thank the next 50,000 heroes much more quickly! I am humbled.”

Thanks to some help from Nikki and the Fraternal Order of Police Knoxville President, Keith Lyon, Stefan was surprised with a big check that doubled his Hero Rewards courtesy of Homes for Heroes. Thinking about what that cash could mean for Stefan, Nikki knows from experience that it can mean a lot.

“For him not to have to work the extra shifts for awhile and still make improvements to his new house; the double Hero Rewards will definitely help him ease that situation,” said Nikki.

Not The Only Celebration

The Homes for Heroes Foundation also took this opportunity to award a $3,000 grant to the Tennessee FOP Foundation. Nikki was able to surprise FOP Knoxville President, Keith Lyon, with the grant at the presentation as well.

“It think it’s great….I know we’re not the only chapter nationally that could use something that’s just not in the budget, whatever it may be, and $3,000 is a great help.” 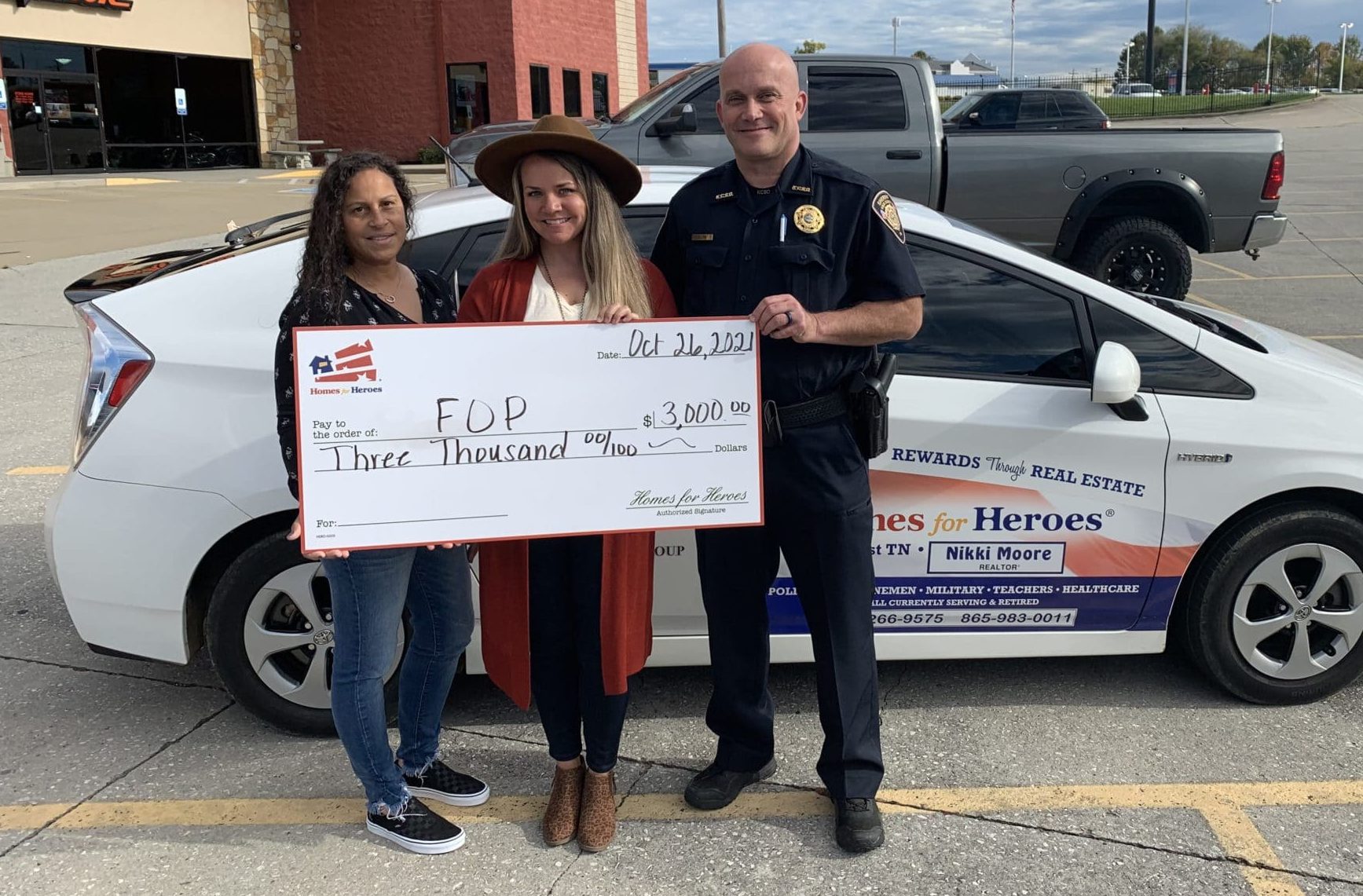 Homes for Heroes’ mission has always been to thank every hero in the nation. Through the past 20 years, we have impacted the lives of 50,000 heroes, and we look toward the future to help even more. We are approaching our $100 million mark in Hero Rewards given back to heroes across the nation and truly celebrate the impact we have made.

If you’re a hero and looking to buy, sell, or refinance a home, sign up to talk with a Homes for Heroes specialist. We’ll automatically connect you with an affiliate in your local area to walk you through the process. If you’re a real estate agent or a loan specialist and would like to become an affiliate, you can learn more about joining Homes for Heroes. Together, we can thank every hero in the nation.