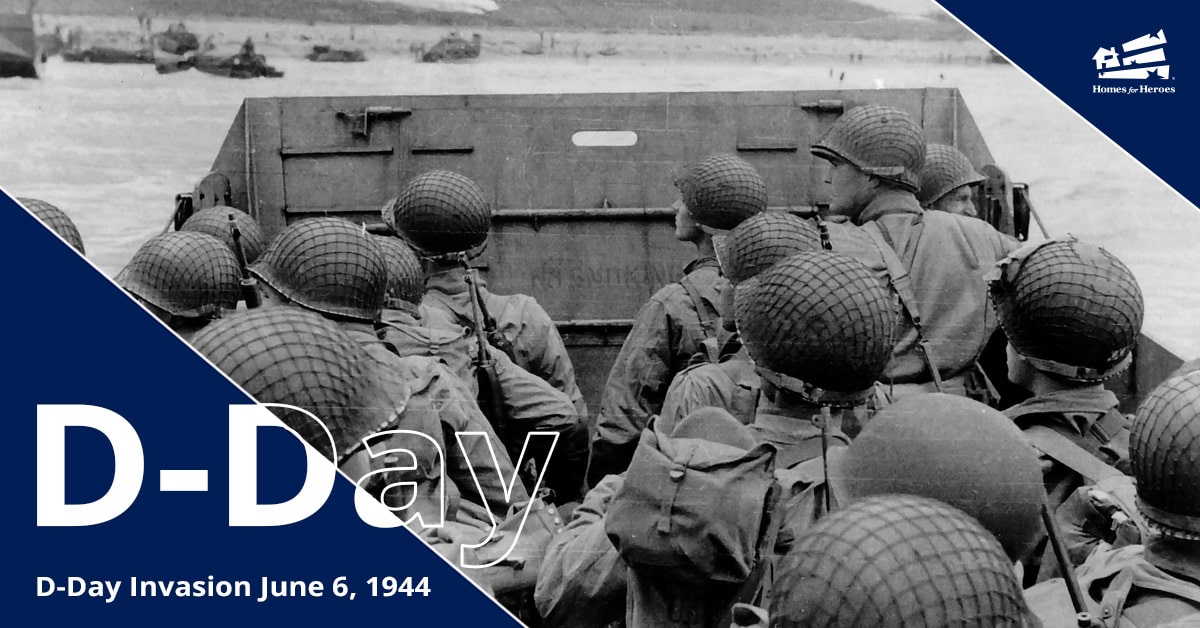 June 6, 1944 is the day the Allied Forces invaded the Beaches of Normandy France during World War II. We are taking the time to pay tribute to those who sacrificed their lives in the battle dubbed D-Day, that foreshadowed the end of World War II. We have broken down D-Day into the five W’s – Who, What, When, Where and Why – to illustrate the importance of this historical day.

The Normandy Landings involved the Allied Forces and the Nazi Party. The Allied Forces consisted of the United Kingdom, US, Canada, Australia, Belgium, Czechoslovakia, Denmark, France, Greece, Netherlands, New Zealand, Norway and Poland. The Nazi’s were the German Army under the reign on Adolf Hitler.

Code-named Operation Overlord, D-Day was, and still is, the single largest joint military operation as it involved air, land and sea attacks. Over 5,000 ships, 11,000 air crafts and 150,000 allied troops stormed the Beaches of Normandy, France after years of intense and detailed planning. The battle foreshadowed the beginning of the end for the Nazi Party and reign of Adolf Hitler.

While the operation was first conceived in 1943, the actual event did not take place until June 6th, 1944. The landings were the Allied Forces first efforts to take back and liberate Europe from Nazi rule. The Beaches of Normandy refers to five different beaches that the Allied Forces used as landing points. The beaches were code named Omaha, Utah, Gold, Juno and Sword.

The five different beaches used in Operation Overlord were not your typical sandy beach. Those in the battle faced rocks, cliffs, and worst of all, the Nazis firing down upon them. This was certainly not an easily won battle by the Allied Forces, but they did it.

The Invasion of Normandy was the beginning of the Allied Forces efforts to liberate Europe of Nazi control during World War II. The invasion also contributed to the Allied victory on the Western European Front.

The entire operation was a significant shifting point during World War II. It brought hope to those in Europe who felt they were in alone against Hitler. While a total of 425,000 Allied and German troops were killed, wounded or missing after D-Day, the Allied Forces came up on top with the victory and helped change history.

Homes for Heroes remembers and honors the sacrifices of our American military, from WWII to today. Find out how we say thank you to those who have served, and other nation’s other heroes like teachers, healthcare workers, first responders, and law enforcement, with savings on buying, selling, or refinancing a home.